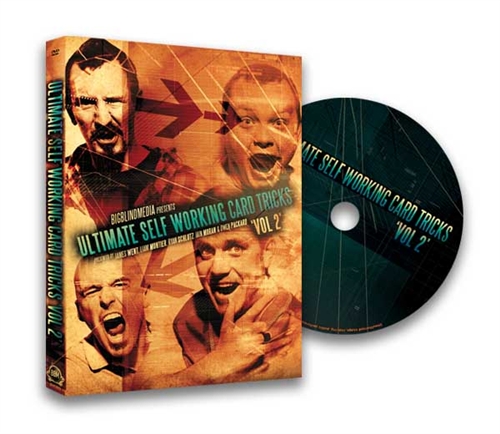 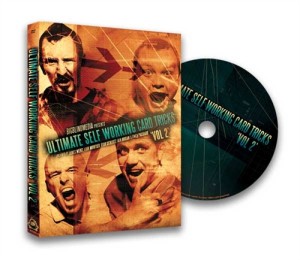 We really enjoyed the first volume of Ultimate Self Working Card Tricks (see our review here) so we were eagerly awaiting volume 2.  As we had hoped it is chock full of brilliant material.  Here’s our run down…

A really clever and very fair looking card discovery (originally published in his Expert Card Technique).  Some set up required but beautifully simple.

This is a really commercial version of the ACAAN type plot.  If you have a long memory you will remember this was released on the Annihilation Deck and for me (you can see our review here) it was stronger than the main effect.  This is a brilliant solution which you can just concentrate on presenting.

Here’s how it plays – a pack of cards is well shuffled and mixed with the help of two spectators face up and face down.  At the end of the process two predictions match and the rest of the cards right themselves and separate themselves into reds and blacks!  Triumph meets OOTW meets a double prediction.  Very clever routineing combines some principles you will probably know for a great effect. 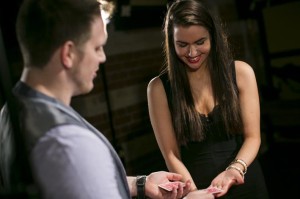 Crazy levels of very free-looking mixing end up with the location of 3 randomly chosen cards.  There is a setup required but it is well worth it for the power of the effect.  There are three phases to the routine each utilising different principles all of which are well concealed.  You may well find yourself incorporating some of them in your own effects.

A mixed up set of cards instantly separates out into matching pairs with a nice presentational angle.  Insanely easy and very visual looking.

This is a clever twist/extension of an effect you may have done before.  Three spectators stop you at random points as you deal out some cards and insert bank notes to mark the spot.  One of them stops during dealing for your note and at the end you have located the four aces.  Showy, easy to do, engaging.  This one is going straight into the working set!

Whilst I’m a big fan of Steinmeyer’s books, I must confess I’ve never seen any of his close-up effects, so I was curious to see what this was like.  It is effectively a spelling effect – but the method is such that with care it could be done over the phone or in any other entirely hands off way.  It’s not a massive mystery but it is a puzzling little effect with a logical premise and if presented well it should go down very nicely.

I’d never heard of Ryan Matney before, but this is a nice little effect.  The spectator ‘goes digging’ in the pack of cards and by a very fair looking process manages to identify the card which matches one isolated in the card box, and also find its three mates.  An engaging plot helps keep this otherwise slightly ‘procedural’ trick moving.  The ‘force’ is very clever.

A clever little colour-matching effect involving five spectators.  Think OOTW but without such a lengthy dealing procedure and involving more people.  Compact, clever thinking as you would expect from Roy Walton. 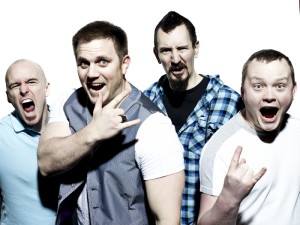 I think there is some really strong material on here which would be really helpful for someone just starting out, and in the hands of someone with a bit more performing experience they would become miracles.  I will certainly be using some of these.

If I had a minor niggle, it is that a couple of the effects have been released before – on BBM disks – but at least they have re-filmed them so it isn’t just a cut and paste job  More positively, as we’ve probably said before, Liam Montier has a real gift for explaining things very clearly – so full marks on the explanations.  I also note the blatant use of attractive women on the main menu without making comments!

All in all, a great disk – go get it.  The release date is 17th June and there are all kinds of pre-order deals on – we’ve highlighted a couple below.

(Oh – and for the next week you have a chance to win it and a bundle of other goodies in our competition!)

You can get it direct from the horse’s mouth at BBM.

Merchant of Magic are offering a deal with Volume One and Volume Two together with 25% off.

Freepostmagic are offering a free deck of Karnival Hornets or Karnival Deathheads with pre-orders while stocks last.