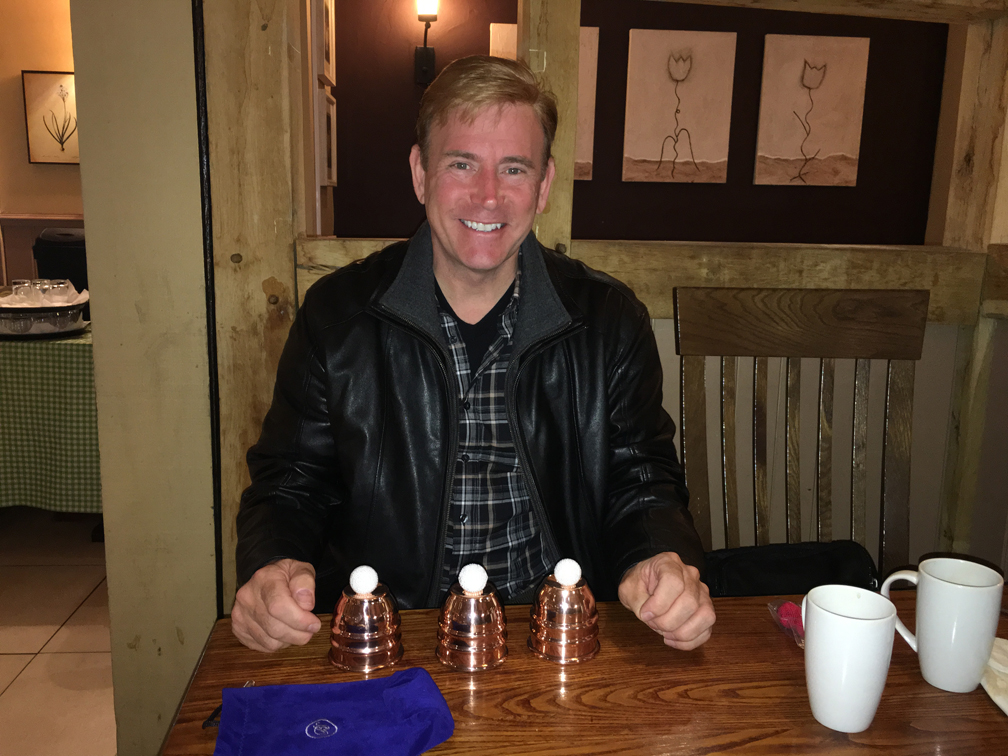 “I’ll meet you at the Homebase in Basingstoke at 9am, if you can make it. They have a coffee shop in the inside rear.”

Such is the glamour of the magic world. This may have sounded like an exotic amorous assignation – especially when I offered to wear a red carnation – but was in fact another outstanding example of Brett Sherwood’s commitment to customer service.

It was a Wednesday. For reasons I won’t bore you with, I was really keen to take a look at his cups and balls before I went away on some travels, but as a professional magician, Brett was off on his next cruise on the Friday. In spite of his own heavy commitments he made the time to meet up with me to show me his wares first thing on a Thursday morning. What a guy. 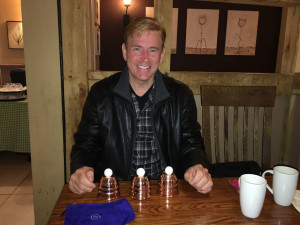 In the event, much to my disappointment Homebase café was closed, so instead we met in the Harvester next door. I think the waitress was underwhelmed by our ‘breakfast’ orders of a coffee and a tea (guess which was for the Brit and which was for the American) but though it was early we’d both already eaten, and we had some serious chatting to do.

Brett is a delightful guy and I was fascinated by the story of his life in magic and how he has ended up where he is. I felt an instant rapport as soon as we compared first cups and balls sets and discovered we both started with Aluminium Morrisey sets (it took me a while to realise they were the same since he was talking about a “Moor-sey” set!).

With his background in pure sleight of hand, his early graft doing restaurant work in Colon, and a touring gig with an illusion show he learnt the essentials of his trade. And now he is in great demand on the cruise ships – with a very full diary.

And he loves what he does. He radiates enthusiasm as he talks about his art and he recognises a kindred spirit in me as I share his passion for all things magic. And he brings that passion to the props he produces for magicians. 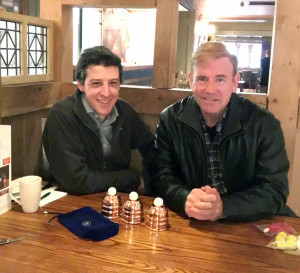 I’d come to see some of his cups – and I wasn’t disappointed. Beautifully spun in a heavy copper, the perfect weight in your hand and never going to be knocked over on your table (alas, the cup of coffee didn’t fare so well). All manner of thought has gone into the detail – from the decorative trims which act as a guide for your fingers to pick the cup up securely every time to the proportions which make all aspects of the routine work smoothly.

My photos here don’t really do justice – but these are beautiful cups – if you visit his site you’ll find some better photos and the different styles. I recently met with a friend with some of the chrome style cups which were equally beautiful. Brett’s cups are endorsed by a whole raft of top pros who know what they’re talking about – and we add our own little stamp of approval to that list!

Brett has some other interesting products in the pipeline – so do check out his website to see when they are available. You can be sure that they will be done with the same attention to detail and passion as the cups. And I hope that one day he’ll finish the book he’s promised – I for one would love to hear more of his thoughts on the how and the why of performing magic.
And if he offers to meet you for coffee in Homebase, take him up on it…