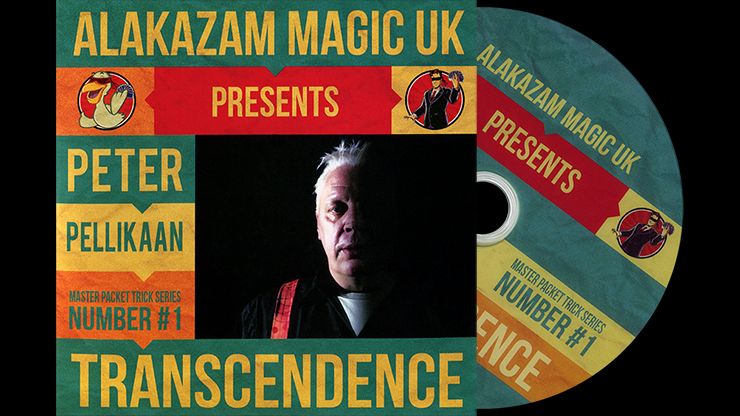 Transcendence is the first in a series of packet tricks by Peter Pellikaan which UK based Alakazam Magic intend to release. I have known of Peter’s highly visual card magic for a while, but this is the first time I have actually reviewed one of his releases.

The effect of Transcendence is very easy to describe – four spot cards are clearly shown front and back then turned over and they instantly turn into four court cards. Simple, direct, visual. It is worth watching the video below – and what you see is really the effect as it plays.

You receive a DVD which has been filmed to Alakazam’s usual high standards. It includes a performance, an explanation and also a ‘toolbox’ which is a series of explanations of different card moves. One of them is used in this effect, presumably the rest will be used in future releases.

You also receive all the necessary cards and a special something to help you prepare them. The cards supplied are super-thin ‘Double Decker’ cards – though you could make it up with any cards you like.

In some respects the teaching is rather brief. Dave Loosley tries hard to draw out the moves to make the explanation even clearer. The preparation of the cards is easy and will take you only a few moments. There is enough of the ‘special something’ to enable you to make up many more sets of cards for replacements (and you may have more of the necessary around anyway – it is a common magician’s item). 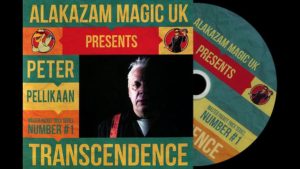 The effect requires the use of a count which I had not learnt before. It is not that difficult – especially if you are used to the techniques of the Elmsley Count – however, using the prepared cards provided I found it a little confusing to learn. I recommend grabbing any four ordinary playing cards and trying the count out with them in your hands before then applying that technique to the prepared cards. I still had to watch the explanation several times to make sure I had got it right.

Together these specially prepared cards and this clever count make for a spectacularly instantaneous transformation which no one will see coming. You will need a bit of handling practise to get everything as smooth as it needs to be. And I found I had to ‘prepare’ the cards a couple of times to make sure everything worked as smoothly as I wanted. But give yourself half an hour to practise and you will have a small miracle on your hands.

Transcendence is a great release and a powerful effect – this series is definitely worth keeping an eye out for. It contains the common weakness of all ‘packet tricks’ – that you can only really do the one effect with it – but in its favour it resets essentially instantly – so it makes an ideal little walkaround effect.

Well worth a look for any close up or card magic fan.

You can pick up Transcendence from our friends at Merchant of Magic for £30 (at the time of writing).