Trick of the Month – February 2017 – the love and chocolate edition

Posted by BicycleTricks on February 1, 2017 0 Comments 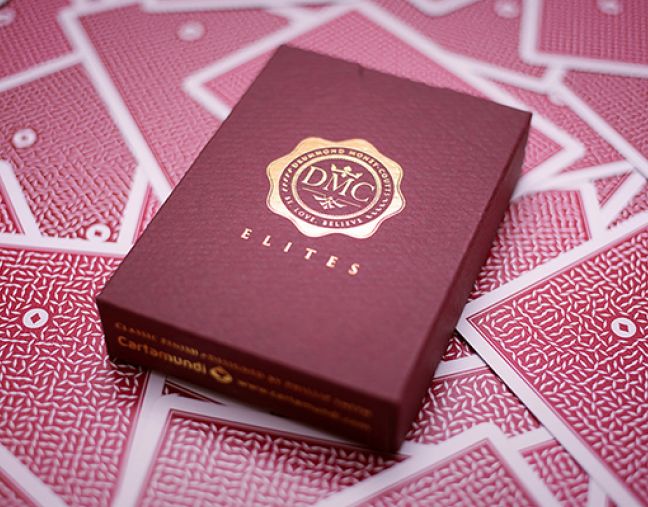 As we surge into 2017 there’s lots of new magic around. This month we share a few things that have caught our eye, and even have an idea for the budding romantics among you… 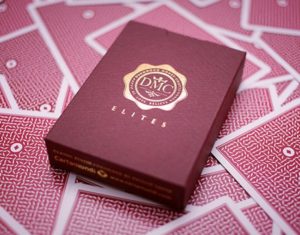 First up is a new take on the classic marked deck – the DMC Elites Rouge Marked Deck. And for our money it is a super version. Produced by UK magician Drummond Money-Coutts they are both a great-looking deck and ingeniously marked which will have no end of applications in magic. The tuck case looks super elegant, so unless you’re bothered about advertising another magician (!) I think these would be a great purchase. £19.99 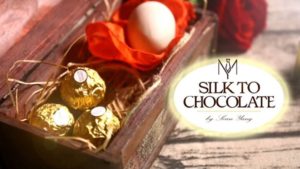 I love it when someone takes a classic of magic and gives it a contemporary twist. Silk to egg is just such an effect – perhaps its popularity comes from the fragility of an egg – well this new version by Sean Yang has really caught my imagination. The effect is silk to Ferrero Rocher – the iconic luxury chocolate treat. The benefits are that you could hand out the chocolate to eat afterwards (not such a good idea with an egg!) and other effects are possible too. I haven’t seen them ‘in the flesh’ yet – but they look very realistic on the images. £24.50 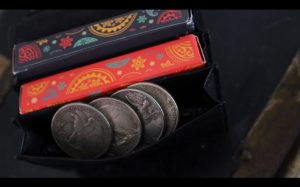 If you often perform in walkaround situations like I do, then a recurring question is the best way to store your props. Joshua Jay has put out a new version of his Pro-Carrier Deluxe – which enables you to carry a couple of decks of cards (it looks great here with a couple of Dapper Decks in it!) and some coins and other small items. It will clip to your belt, or stand on the table and is made of high quality leather. Well worth a look. £34.50 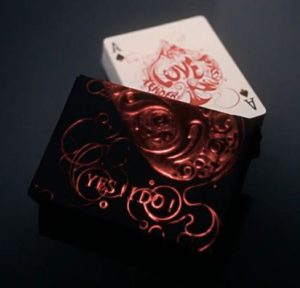 Finally, here’s a deck in honour of Valentine’s Day! The LPV Deck is the deck that says ‘I do’! It has an ordinary Bicycle Rider Back, but various features bring out the theme of love, especially the lovely tuck case. £7.50

Let us know what new magic has caught your eye, or if there is anything in particular you would like us to review in coming months.