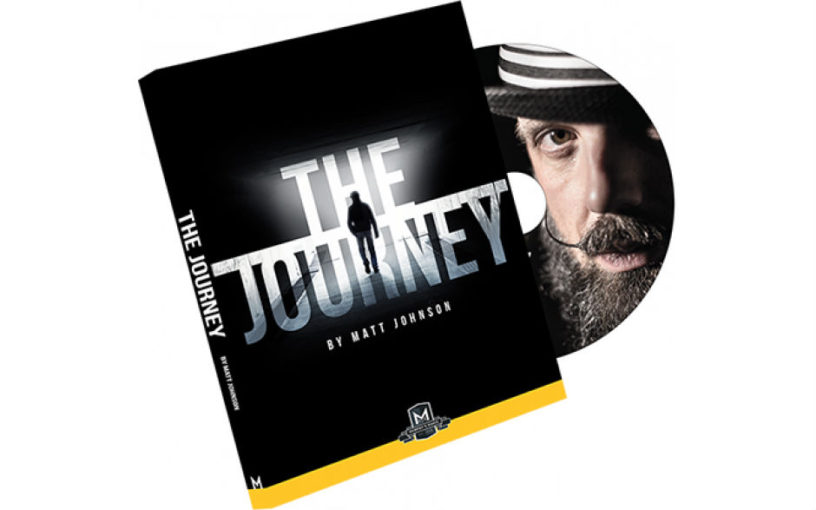 The Journey is the second ACAAN release from Matt Johnson – but it’s the first I’ve seen to review. It turns out that doesn’t matter since the original is one of five versions of this plot that is taught on this this roughly one-and-a-half-hour long DVD. For an ACAAN-aholic like me this is a wonderful thing!

In case there is anyone reading this who doesn’t know what ACAAN is – it stands for Any Card At Any Number. In the purest form of this plot, a spectator simply names any card and then any number (up to 52) and the deck is dealt to show that their card is located at their freely chosen number.

If you give the idea any thought, you will see that is a miracle. For magicians – it has achieved the status of something like a holy grail, and I have lost track of the number of versions I have seen over the years. I still have a standing question about the impact on laypeople – but like most magic, presented well it will be astounding.

A Journey of five versions 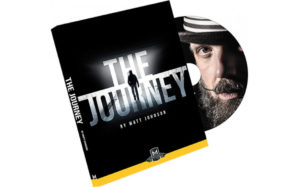 On this release, Johnson teaches five versions. They are all related to one another – but some use more sleight of hand than others. The main sleight used is the JB Card Cop – or longitudinal palm. Matt’s handling of the sleight is superb and he explains the move clearly– but it will take most of us a significant amount of practise to get it looking this good.

Version one can be done with a borrowed and shuffled deck – which is astonishing! It is an elegant and direct solution but is technically CAAN – since the card is selected before the deck is fully ready to go. But as you will see all versions of ACAAN make different compromises to reach their solution – and choosing an ACAAN often comes down to what set of compromises you can live with. This version does require mastery of the palm but you will have a cracking effect if you can get this down smoothly.

The second version utilises the same sleight but brings in some clever sleight of mouth from Joshua Jay, and some specially prepared cards to make some things easier. There’s a detailed explanation for how to make/prepare the special cards (though you could buy these if you prefer). This is better than version one (in that the cards are fully ready to go from the outset) but the compromise here (which the spectator should never notice) is that in fact you are working with a limited range of cards. You also need the specially prepared deck rather than being able to work with a borrowed shuffled one.

Versions 3 through 5 don’t require use of the sleight – which also means the spectator can (with care) do all the dealing. They take the Joshua Jay subtlety and the specially prepared cards and produce a very clean looking handling. Once you have removed the cards from the deck, the spectator can do all the dealing. These three variations are very closely related – simply involving different numbers of decks depending on the levels of freedom you want to give the spectator in their choices. Johnson teaches a great little ‘subtlety’ for re-setting in plain sight – though those who criticize the whole concept of ACAAN on the basis of all the dealing involved may not like it! 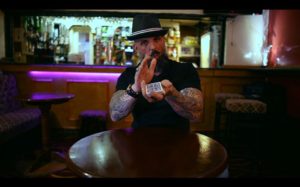 These last three versions particularly appeal to me – since sleight of mouth is one of my special gifts and I can be a bit lazy when it comes to practising sleights! You will need to be confident in your spectator handling to allow them to do the dealing, but you probably shouldn’t be performing any kind of ACAAN if you’ve not got some level of confidence there. Although you are well covered for all the most likely outcomes, a couple of the scenarios ‘at the extremities’ are necessarily going to be slightly less clean to my mind.

Matt Johnson has a Great beard/tache! I know that shouldn’t make a difference, but it is rather fine. Versions 2-5 will take some set up time and may require you to buy some extra decks of cards – unless, like me, you have several boxes lying around permanently.

The advertising talks about “Custom gimmicks” – these are essentially nicely printed stickers which contain various cribs to help you perform the effect – cunningly designed to look at a glance like a Bicycle Cards box.

One of the things I enjoyed most about The Journey was the insight it gives into the creative process. As you see how the different versions have evolved (as the name implies). Explanations are very clear and the performances are ‘live’ which is always a bonus. Sleights and inspirations are well attributed (including Marc Paul’s Affected by Berglas – which kicked the whole thing off for Johnson).
The Journey is a great release for anyone with an interest in performing this reputation making effect. The variations mean it should be within reach of any level of performer with a little practise.

Available from MagicShop.co.uk for £39.50 (at the time of writing).