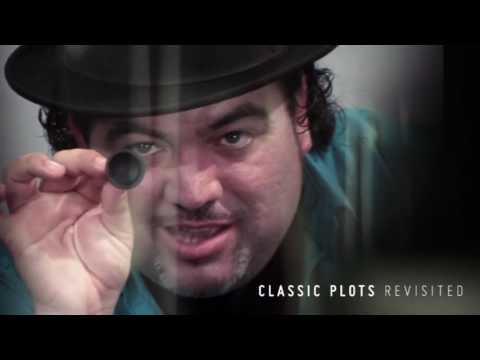 This is the second part of our review of Ole by Juan Luis Rubiales (you can read part 1 here).

This third DVD explores two areas of close up magic. Some lovely coin magic routines – including Rubiales’ work on the coin box – and a load of ideas using the kind of mini plunger made popular by Jon Armstrong’s Tiny Plunger release of some years ago. These are all studio performances rather than ‘live’.

Chinese Hole – a really nice little routine with 3 half dollar coins and a Chinese coin. The Chinese coin travels through the pile of coins one by one. You’ll need to practise the handling to get this one down, but when you do it is a lovely routine with ungaffed coins.

Coin prediction – successfully predict the outcome of tossing a range of coins of different values. Uses a principle often used with gaff coins and applies it to normal coins to make this a more or less self-working wonder.

Crazy sides – a fun ‘prediction’ effect where te prediction is revealed written on a coin you are holding from the outset. Comedy comes from repeatedly turning the coin over to apparently show multiple sides until the actual chosen card is revealed. (Not really taught in detail)

Flip Change – very visible coin change where the value of a coin changes as it is ‘flipped’ with a playing card. 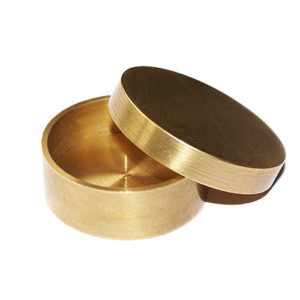 Oil and Water – the classic card effect now with coins. 2 silver and 2 copper coins are fairly shown and interleaved and instantly separate out into silver and copper. Coins clearly shown on both sides. First done at fingertips. Second done under a coin box. Third phase also in box but done by spectator. Beautiful and fooling routine. Constructed so that the most powerful phase is also in many ways the cleanest.

This is a coin trick – this is a really entertaining presentation where the spectator appears to ‘guess’ four cards the performer selects from the deck – and then four coins appear underneath the cards. So baldly explained it sounds unimpressive, but in fact with some presentation skill it is highly entertaining. Not too difficult to perform.

The Fountain – a lovely instant transformation of four silver coins into four copper coins in a small metal box, after all have been examined. Having enjoyed Oil and Water my mind was already racing about ideas utilising the clever subtlety in the final phase and this is an excellent use of the same principle.

Transposition in silk – as the name suggests – a copper and silver coin swap places while held in handkerchiefs by two spectators. Another good example of thoughtful routining using a move which reminds me of an old Bob Ostin idea

Multiple Travelers – four copper and four silver coins change place in the blink of an eye. You will need a couple of extra things for this, but you’ve probably already got them. Great instantaneous visual magic. 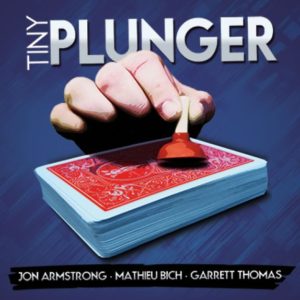 Coin Detective – with the help of a mini plunger a coin is pushed through the deck landing on top of a card chosen by the spectator. Visual and very easy to do. Great effect.

Two Coin Transposition – a coin in the spectator’s fist changes place with one resting on top with, you guessed it, the push of a plunger.

Chink-a-chink – the classic assembly routine but with four coins and two mini plungers. All the coins travel to one location.

Plunger card location – to the amusing premise of the performer not touching the cards (with his hands – using only two plungers!) the spectator manages to find their card using only a plunger.

The Ambitious Card – again, as its name suggests, this just applies the plunger prop to the classic ambitious card routine. The nice feature here is that the spectator does the magic.

The spinning card – here the plunger is used with a nice visual effect to ‘correct’ the magician’s mistake when he locates the wrong card. As the plunged card is spun it visually changes into the correct card. Nice!

It is worth noting that several of the routines on this DVD require either Boston or Okito coin boxes – which are well worth investing in anyway if you have an interest in coin magic. I really like his thinking with these boxes – in fact the whole DVD is a great example of applying some lateral thinking to common routines.

One small drawback is that much of the material on this DVD requires a ‘formal’ close-up setting where the performer is seated at the table – so it is not all suitable for the more common walkaround scenario. Again, however, I would suggest there are ideas that can be incorporated into other routines you already perform, or that will stimulate new ideas for your own work. 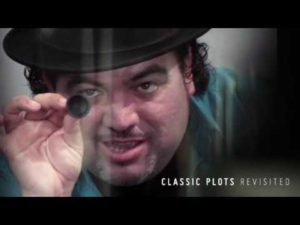 The General Card – an entertaining routine that is hard to describe briefly. But a series of spectators choose cards and they are all revealed in an amusing way. A detailed explanation is given and also another section of afterthoughts – this is clearly a routine he has performed a lot.

Tribute to l’homme masque – after successfully revealing the spectator’s chosen card, you then show the whole deck is made up of that card, and then just as quickly the deck reverts to a normal deck – but with their card missing. This didn’t do much for me as a routine, but does have a lot of interesting subtleties in the way it has been put together.

Travelers – four of a kind travel one at a time from a packet into the deck and then another four of a kind appear. Part of the Jacks routine from DVD1.

Vanishing Aces – the performer shows 4 aces and three of them vanish very cleanly one by one. I don’t want to give anything away, but you will need to be seated for this one…

Impossible Matrix – this is a really fun twist on the classic matrix effect. In the first phase the ‘covers’ disappear one by one. In the second, the coins travel one by one to appear underneath a card. And then in the climax all the coins travel at once. This really suits Rubiales’ quirky sense of humour and the theme he uses often of ‘the magician messes up’.

Backpalm Reversal – as its name suggests this is more of a move than a routine. It is a clever way of using a classic move in a different way. The result is that controlled card ends up reversed in the deck. I’m sure you can find a use for this.

Call to the colours – the classic effect where a series of cards constantly re-arrange themselves in patterns – alternating red and black, two red, two black, etc. In the final phase the spectator does all the handling and shuffling, but the whole deck separates into red and black. For me, this is not one of the more exciting routines on the set. And it will also require some pretty good card handling skills.

Prediction – this is an incredibly fair looking prediction effect. A prediction is made at the beginning of the trick. Then the spectator shuffles the deck several times, the deck is split into several piles, the spectator chooses any pile and stops dealing at any point. And the prediction matches. I was completely fooled by this the first time I watched it – it uses a clever technique which flies by. (One small quibble, he uses but doesn’t explain a psychological force.)

Card to pocket – does what it says on the tin. The second routine using the clever technique alluded to before.

NPI – this is essentially a spectator cutting the aces using the technique described. Looks beautifully clean. I love the sneaky thinking.

The extras on this DVD are a series couple of coin magic PDFs – a silver/copper/Chinese routine and a routine based on a Tamariz card idea applied to coins and called Bad Accounting. A second pdf has four pages of notes on some classic coin moves (Han Ping Chien, Click Pass, Italian Palm/Thumb Clip). They are useful extras.

Rubiales is clearly a very gifted and creative magician. He has a Very deliberate style which initially wound me up a little – but grew on me. It is a great example of using your performance style to accent the magic. But in fact it is his own infectious joy in the magic which draws you in. One challenge of his own strong personality is that it is sometimes hard to imagine what a presentation would look like by a different character – i.e. you!

On occasion it is slightly difficult to understand his English. But you get used to it, and in some instances the subtitles can help. I would have loved to see some more ‘live’ performances. The chamber magic was performed in a venue which seemed to lack a little atmosphere, though the signature routines on Disc 2 show off his ease with an audience more clearly. But Discs 3 and 4 were all studio performances which therefore lack a little something.

The explanations are generally very clear, though one or two are a trifle on the brief side. If you’ve been around in magic for any length of time this shouldn’t be a problem – but the absolute beginner might be left scratching their head occasionally.

On the positive side, like all of this series, the DVD is beautifully shot with high production values. The menu system is clear and easy to navigate. Rubiales is an enthusiast – and careful thought is evident in the way so many of these routines have been put together. There is therefore much to learn – even from the structuring of the magic – even if you don’t end up performing all the routines. So Ole is well worth the investment of some time and money to learn from this Spanish master.

Olé is available from the Merchant of Magic for £146.99 (at the time of writing).