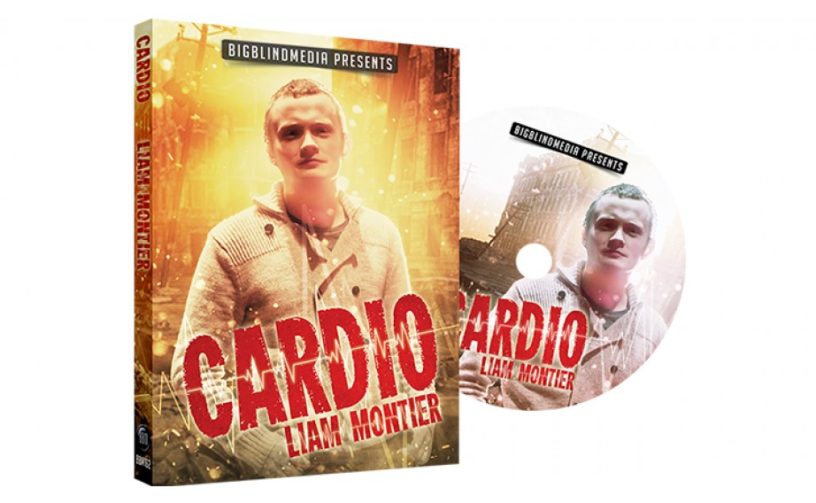 Cardio is an odd release for us to review – because we’ve already reviewed it! But not quite in this form. Back in 2010 (yes – we’ve been going that long!) we reviewed the Cardio ebook. Now Liam has re-released the material as a dvd with some small (but occasionally significant) updates.

Let’s talk about the tricks…

Back Hand Slap – a spectator chooses a card which is lost in the deck. Then performer chooses some random cards to make a ‘poor poker hand’ and gives them to the spectator to hold, and promises to extract the spectator’s card from the deck and sneak it into the cards they’re holding. With a ‘slap’ their card appears in their hand – and the remaining four cards instantly transform into a Royal Flush. This need a modicum of basic card-handling skills – breaks, transfers, forces, controls – not all of which are taught in any detail. It feels like an OK trick but didn’t rock my world.

Twisted – a brief ‘twisting the aces’ leads into using the aces locate two previously chosen selections. I really like the twisting sequence here – but the routine does require a few more moves than some of the others on the DVD.

Reality Burp – to an amusing hypnosis type presentation you make a packet of four cards turn into four copies of two spectator’s selections, then in an instant they change into four of a (different) kind and swap places with some cards under the card case. Did that make sense or are you feeling sleepy? What a lot of magic with only slight set up and some fairly straightforward handling. 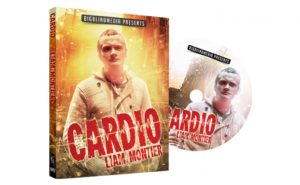 The hof – a chosen card swaps places with the corresponding ace from a packet of four aces. Simple and direct. Nice.

The other thing – the four kings are lost around the deck and then are instantly found in unlikely and impossible places. The sneaky set up is done in plain sight – so it could work nicely impromptu.

Swing of things – a quirky routine which requires very little effort to produce some entertaining magic. The title comes from the use of a pendulum which first reveals the identity of a ‘random’ card which then instantly turns into the spectator’s earlier selection. Liam thinks this is the most commercial routine on the disk and I think he could be right. With such a simple method there is plenty of scope for presenting it in lots of different ways.

Pop Hof – a card is selected and lost in the deck. The four aces have been laid aside earlier. One of the aces disappears, then reappears. Then in an instant all the other aces ‘merge’ and transform into the spectator’s selection in your hand. I rather like this – an unconventional feeling plot which should be quite memorable for your audience

Although I generally LOVE Liam Montier’s releases, this one left me slightly underwhelmed. It could be that my familiarity with the original ebook meant I was less excited by the content – though my memory isn’t so good that I could remember it in detail.

Liam himself seemed almost bored in some of the performances and explanations – he wasn’t working with another person (apart from Owen’s contributions from behind the camera) – so perhaps that reduced is energy levels.

Compared to many of his recent releases the explanations seemed more brief. Perhaps the DVD is aimed at more experienced performers than some of the ‘self-working’ releases – but even so, it felt poor form that some moves (e.g. the Lovell Easy Riffle Force which is used in a number of routines) aren’t even taught.

All that being said, there are some good routines here and some improvements in handling over the original ebook. So if you’ve not seen the material first time round it is well worth a look – Liam always produces effective magic with the minimum amount of effort.

Cardio is available from MagicShop.co.uk for £20.99 (at the time of writing).

If you’d rather test the waters with the ebook that is only £9.99.