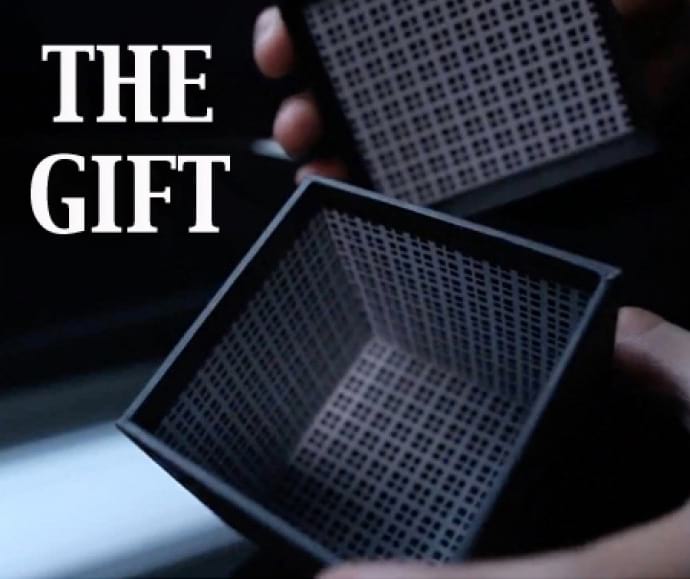 It seems strangely appropriate to finally get round to reviewing The Gift so close to Christmas. If you have somehow missed this one, The Gift is Angelo Carbone’s brilliant invention which allows for an incredibly clean and powerful looking prediction.

This clever box opens up the possibility of many different routines – but here is the routine as taught. The performer removes a deck of cards from an attractive little box and says that there’s something else in the box. Then the spectator deals face up through the deck, stopping whenever they want to. When the box is opened, it is found to contain a prediction with the very card they stopped at. A miraculous effect!

You get the ingenious box itself – which comes stored in another box (which is a bit of a tight fit when you first remove it!). The box is very well made and its secret is invisible. You also have a link to some online instructions, a deck of bicycle cards and a few other things to help make the magic happen.

The online instructions run to around 40 minutes and explain everything you need to work the effect straight away. There’s no additional preparation (beyond writing your predictions on some folded slips) unless you want to perform other routines. Angelo explains everything very clearly and at a good pace. It also includes a couple of performances to give you an idea of what it looks like. 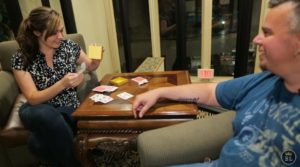 The ‘main’ routine is very strong. It really is as clean as it sounds and is utterly baffling to any lay person. Angelo then teaches a brilliant alternative routine which is something like a predicted CAAN. I love this idea. In effect the spectator follows a series of instructions from a piece of paper, which include him thinking of a number and dealing down to it. But the final part of the instructions are missing – and are found inside the box and include a prediction of the card which has been stopped at.

This is an ingenious way of doing the effect and will really mess with your spectator’s mind! It does require a significant degree of preparation – but this is one time only – and well worth it for the effect!

These two routines, strong as they are, are really only the beginning. Because this clever box allows you to perform many variations depending on your style and confidence. A friend of mine performed it with a routine rather like Joshua Jay’s Inferno (which no longer appears to be available as a standalone routine but is on this DVD) but the possibilities are really endless.

Some effects are fun to perform, some are fooling to watch, and some are both. The Gift is definitely in the latter category. It is pretty easy to perform – and will give you a real kick to ‘work’! But it is also incredibly fair looking and very fooling. In one sense Angelo has taken some old principles, but he has applied them so cleverly that the sum is really great than its parts.

One of the things I love is that it can be left ‘set up and ready to go.’ For me, this means that I may well leave this set up on my shelf so that if someone asks me to do something on the spur of the moment it is all ready to go. I probably wouldn’t use it in walk around because of the size of the box itself, but it would make a superb one-off or feature routine. 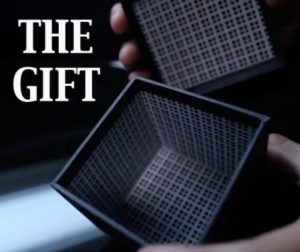 Re-set is simple but couldn’t easily be done on the fly – you will really need a moment by yourself.

One of the privileges of my job is that I get to see an awful lot of new magic throughout the year. Due to other commitments I haven’t really had time to give thought to my ‘trick of the year’ – but I have to say that I like The Gift so much that it would definitely be very near the top of the list, and quite possibly number 1. It does represent a significant investment – especially for the hobbyist – but I think it is worth the money.

The Gift comes highly recommended, and is available from MagicShop.co.uk for £80 (or in limited edition red for £99.50)