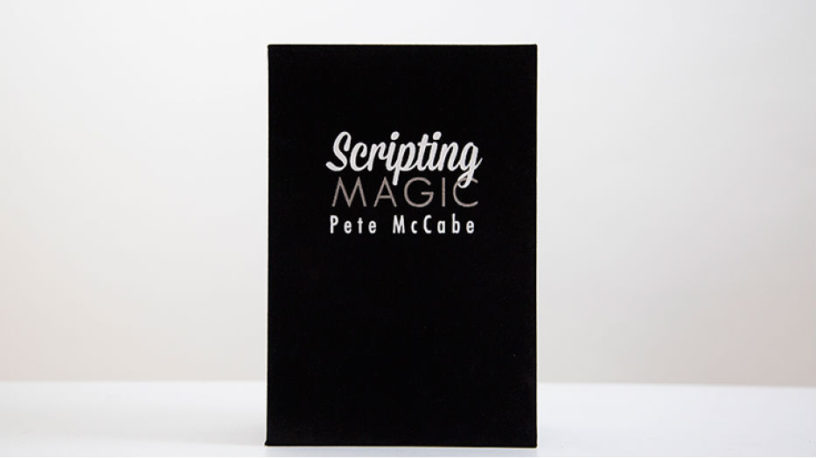 Scripting Magic is one of those books that have a reputation. I own (and have read) a very large number of magic books – and over the years you get to hear about certain books which are apparently essential reading. I had been trying to track down a copy of Scripting Magic for some time, without success, so was delighted when I heard that Vanishing Inc were not just republishing it – but also releasing a second volume. In this brief review I will try to give you a flavour of why I think it deserves its reputation.

The vast majority of magic books are about tricks. Of the making of tricks there is apparently no end. But Scripting Magic, as its name suggests, has an entirely different focus. It is all about how you can go about massively strengthening the effectiveness of your magic by giving greater attention to the script you use. Or as McCabe puts it “scripting magic can make you more effective, more entertaining, more dramatic, and most of all, more magical.”

McCabe, as well as being a very competent magician in his own right, has a background in scriptwriting and so he knows what he is talking about. And if you’re the kind of person who is immediately put off by the idea of a script, it is worth saying right away that a script is more than just a set of words. It is more to do with the setting and shaping of your performance – so the script might be entirely silent – consisting more of blocking and implications than actual words. 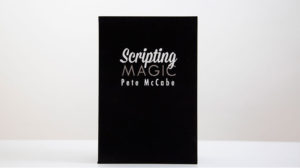 I suppose there are plenty of amateur magicians out there who feel that if they have mastered the mechanics of the trick then it is ready to perform. And that simply saying whatever comes into their head is enough to make a trick entertaining. We’ve all seen ‘uncle John’ performing a card trick where he speaks a running commentary simply describing every action he takes. It is the magical equivalent of someone doing a PowerPoint presentation and simply reading the slides to you. It shouldn’t be allowed.

So you will already have gathered that I am completely in agreement with the central premise of the book – that to elevate magic to more than mere puzzles – it is worth the careful investment of time to work through the routine you will use, thinking about every word and gesture, aiming to add meaning and artistry to the performance.

Scripts and Essays and Interviews

There are three main kinds of contributions in the book. Firstly, there are some essays exploring a particular nuance of scripting your magic. These cover all aspects of scriptwriting and also character development etc. The essays are sane and intelligent – and none of them are too long!

Secondly, there are some interviews where the opinion of a well-known magician is sought on questions pertaining to scripting. In the overused phrase, these are worth the price of the book alone. These guys earn their living doing this stuff and they know what they are talking about. And many of them are very funny to boot!

Thirdly, and making up the bulk of the content, there are a significant number of full scripts – many for classic routines – so that you can learn some of the principles in action.

The contributors’ list reads like a veritable who’s who of magic – and many have generously given their prize routines. Who doesn’t remember where they were the first time they saw Eugene Burger perform the Gypsy Thread (he provides two full scripts for the effect and there are also a further two from John Lovick)?

Some of the standard effects for which scripts are provided include: Coins Across, T&R Card, Invisible Deck, Gypsy Thread, Card to Pocket, Add-a-number prediction, Marked Deck, Triumph, Chop Cup, Out of this world, etc. etc. After the script comes a series of notes on the mechanics and the subtleties of the whole process.

I don’t think the idea is that you would necessarily use any of these scripts as they stand – rather they are there to help you see the difference a good script can make and to explore the nuances of a good script. 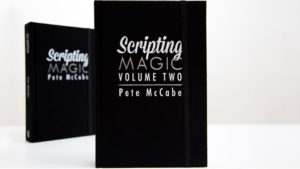 I have been reading magic books for over 30 years and I honestly can’t think of any which deserve their reputation as fully as this one nor that I have enjoyed reading as much. I’ve only had a chance to dip into Volume 2 – but it promises to be just as strong. And includes another 33 scripts ($100 Bill Switch, Dancing Cane, Magi Colouring Book(!), thumb tip and many others), 3 more interviews, 9 exercises to help you think through the process of creating your script and lots of illustrations like Volume 1.

Scripting Magic comes very highly recommended indeed. If you are serious about improving the quality of your magical performances then you must buy this book and take its lessons on board. They have been beautifully published to Vanishing Magic’s usual high standard and will repay a lifetime’s study.