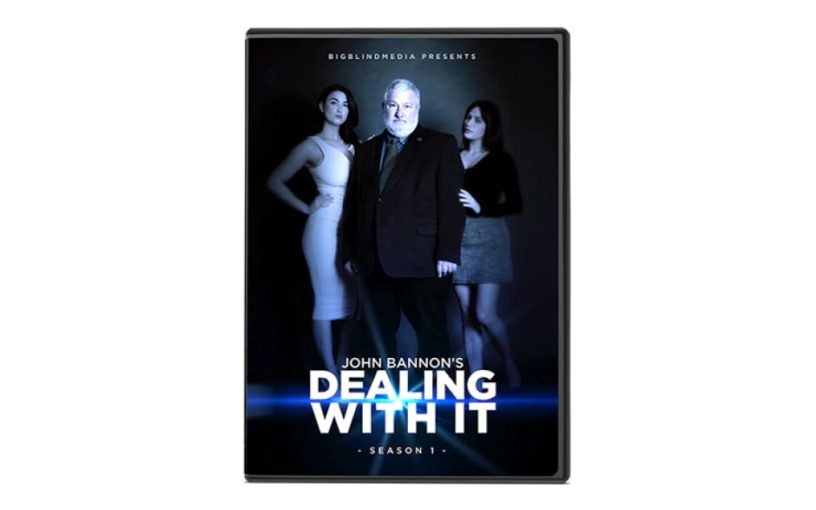 Dealing With It is the latest in what I have come to think of as the John Bannon-d Wagon. Unlike his more recent DVD releases which have largely been in the ‘self-working’ arena, this is, instead, a concept album. It covers all the items from his column in the famous Genii Magazine.

There are more moves, by definition, than in the more self-working stuff. But as ever, economy of method and careful routining mean these are within reach of all. Such moves as are needed are explained briefly but clearly. Let’s get in to the tricks…

Heart of Glass – a super quick transposition trick where a card under the glass swaps places with another card on top of the deck. One small move (and he teaches two different options for that) and a super sneaky and clever display makes this a visual and fooling effect.

Cross-Eyed Jacks – a great sandwich routine. The Jacks are buried in the deck with the Ace of Spades sandwiched between them and a card is selected by the spectator. In an instant the spectator’s selection jumps into the middle of the Jack sandwich. A distant cousin of the One Eyed Jack trick I used to often perform from Harry Lorayne’s Close Up Card Magic. Again, easy to do, and appealing. 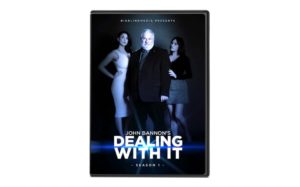 Rendevouz – a sort of stripped down ‘mystery card’ effect with a most un-Bannon-esque story about a meeting in a bar. I love the economy of this – and the way an extra effect (an ‘implied transposition’) actually conceals your dirty work. Clever thinking.

Queenpins – a chosen card lost in the deck swaps places with 2 queens in the fairest possible way. I really like the way there’s no real set up to this and the switch is very neat. A strong effect.

Uprising – a sort of consecutive elevator effect where a series of black spot cards rise in turn to the top of a packet of red cards and then in an instant jump to a fourth packet. This is well constructed and a different sort of an effect, but if I’m honest just didn’t excite me that much!

Well-Tempered Aces – this is a sort of ace-assembly trick where there is only one packet of indifferent cards. I found this a little confusing to watch – which may be a function of my sleep-deprived nights – but wonder if it is more of a magician’s variation than a lay-person-pleaser. A little more movey than some of the routines on the DVD.

As if these 6 were not enough there are 2 bonus features – which look like they’re left from the Move Zero series!

Hybrid Holdout – a sneaky little procedure which gives the spectator the strong impression that they have very fairly shuffled and cut the deck – but which has in fact retained a top stock. It is taught in the context of an ace-cutting routine which is none too shabby.

Double Dutch Cut – I’ve watched it explained twice and still can’t get my head around why it actually works – a very fooling false cut! 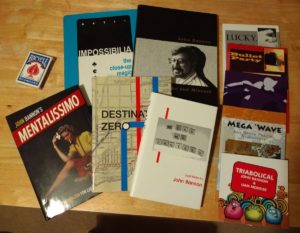 I love Bannon. Just look at this photo of a small section of my library if you’re in any doubt (actually there’s one missing which arrived since I took this, and if anyone can do me a good deal on High Caliber then let me know)! Dealing with it is a strong release. A couple of the routines didn’t appeal to me so much – but to my mind you have 4 really strong effects and 2 very useful utility procedures – which I think is pretty fantastic value. And who knows – you might like the other 2 routines more than me!

Dealing with it is available from the Merchant of Magic for £23.50 (at the time of writing).