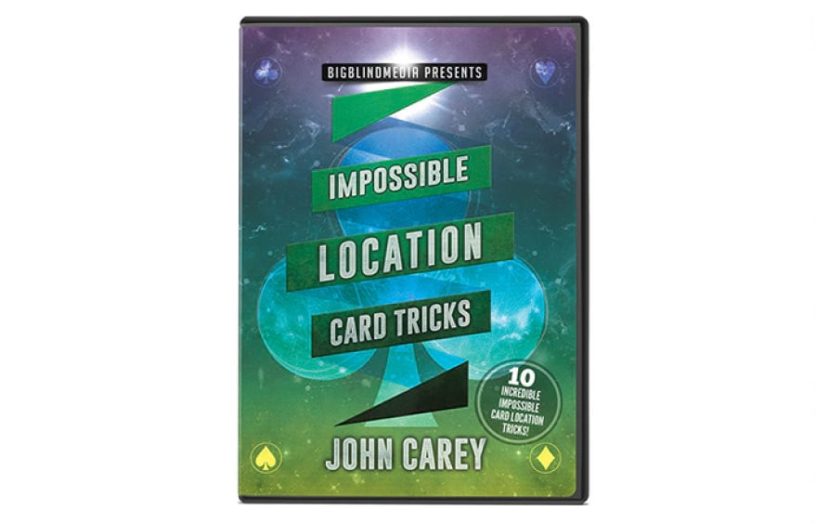 When I picked up Impossible Location Card Tricks – I was expecting something totally different! I was envisaging ‘location’ as a noun – and expected a DVD full of effects in which chosen cards appeared in impossible locations. In fact, ‘location’ was functioning as a verb – so the DVD is crammed full of chosen cards which are located by the magician in impossible ways.

If I thought that then someone else probably will, right? Or am I just very odd? Don’t answer that.

Anyway, let me tell you about the tricks. Although John’s name is on the project and he does the teaching, a good number of the tricks have been contributed by others. Here’s the skinny…

Entrapped – John Carey
Spectator chooses a card from a shuffled deck which is lost in a packet of 5. Two queens are added to the packet. The queens ‘whisper’ the name of their card and then trap the chosen card in a sandwich. Easy to do and with some presentation skills could be an entertaining little routine.

The 7 Card 21 Card Trick – Mike Powers
The venerable 21 card trick meets a truth telling dealing effect. And the spectator’s card is located. The questions/dealing procedure takes this away from the trick that everyone’s grandad taught them – and it does seem impossible. But it is a little procedural for me – which will also affect the kind of audience you might want to perform it for.

Bake Off – Jack Tighe
A card is chosen and lost in the deck. You can reveal the card – and then (in spite of the pack being shuffled and cut) locate the card by touch in your pocket. One of the few effects on the deck which requires some set-up/preparation. But a strong effect nonetheless. 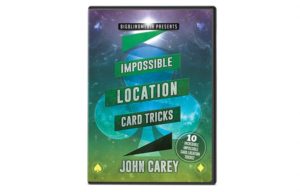 Impossible – Larry Jennings
A Jennings classic – in spite of losing a card with a high degree of fairness – the spectator locates their own card by spelling the word ‘impossible’. There’s a reason it’s a classic. Pretty easy to do and very fooling.

Lost and Found – Nick Trost
Nick Trost’s name is usually a guarantee of quality and often of ease of performance. A card is selected by the spectator and returned in the middle of the deck which is then fairly shuffled and cut. And yet you can still locate their card. A bit of set up needed – but a strong effect with very little effort on your part.

Counting on You – John Carey
Spectator thinks of a number and deals that number of cards down from a shuffled deck and remembers the card at that number. The cards are cut and mixed, then the performer cuts a selection of cards from the deck. The spectator then reveals the number they’re thinking of – and you’ve cut that many cards – and amazingly you’ve located their actual card. Again, easy to do and simply constructed, yet quite baffling to a layman.

Princess in my Pocket – John Carey
A card is thought of and shuffled away into a small packet. The cards are then put in your packet and you are still able to locate their chosen card. A very straightforward effect – easy to do.

Waikiki Location – Bill Morata
A deck is shuffled and divided into three sections. The spectator chooses one and selects a card and the cards are reassembled face up and down. After a cut and a mix, you are able to reveal their chosen card. I found this one distinctly underwhelming – the method seeming entirely obvious to me. But then I’ve been doing card magic for over 30 years. I suspect a layperson would be more baffled.

Emotional Reaction Plus – Dai Vernon
This is a nice twist on the Dai Vernon classic, using such a simple technique, and yet providing a strong piece of magic. A deck is shuffled, and the spectator takes them and chooses a card and cuts it into the midst of the packet. You can then locate the card in whatever way you please. A lovely cheeky set up and a strong effect. Definitely worth keeping this in your impromptu repertoire. 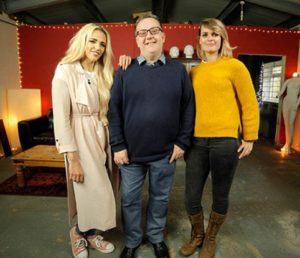 The DVD also includes a short ‘interview’ with John Carey. He speaks to camera answering questions which appear on the screen. I love how straightforward and down the line he is. An answer which may be of particular interest for the readers of this site – how much is too much for a pack of cards?!

BBM always put out decent DVDs that are well produced with good content. Quite a few effects on this DVD rely on specific procedures and as such will require careful instruction and handling of spectators. I don’t think there are man ‘magician foolers’ on Impossible Location Card Tricks – but it contains many effects which would be helpful for the beginner or newcomer.

If you’ll forgive a slightly ‘old man rant’ – there does seem to be a bit of a trend to put out DVDs of tricks which can be found in books all over the place. The host then becomes like a guide to the treasures of the magic library world to those who can’t be bothered to invest the time digging. I’m really grateful for the way they do this – and they often ‘mine’ some wonderful magic. But I feel that something is lost if you don’t go digging yourself.

So in conclusion, Impossible Location Card Tricks is not my favourite BBM release ever, but nonetheless, is full of routines which are strong and accessible.

You can pick up Impossible Location Card Tricks from the Merchant of Magic for £22.92 (at the time of writing) or just a fraction less as an instant download.