The Magic of Jonathan Friedman – The Musical – review 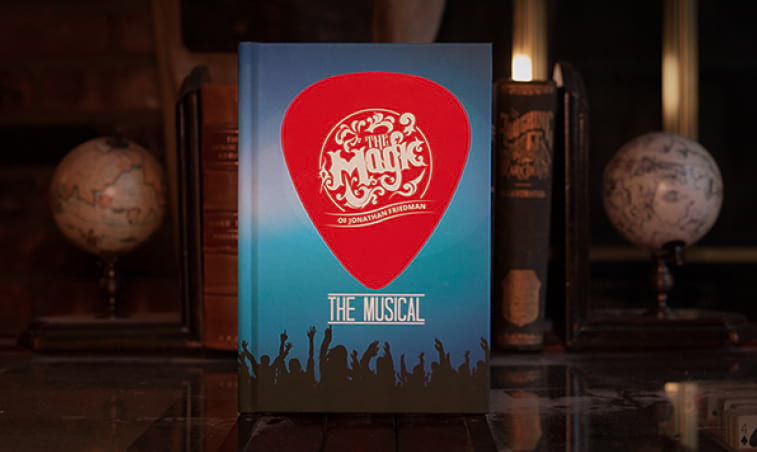 The Magic of Jonathan Friedman – The Musical – is a beautiful magic book which immediately resonated with my twin passions of magic and music. It turns out Jonathan is another wierdo like me who has followed both paths simultaneously – though in my own case the music has dropped off somewhat in recent years. So I was eager to get between the covers. Here’s my review…

The Musical (I’m going to have to abbreviate – I can’t keep referring to the full title) is a book of 24 effects, almost all with a musical theme. Given the number I’m not going to give you a blow by blow account in this review, but I will just pick out some themes and highlights.

I’m going to start with one thing I love and one thing I hate – though both are highly personal. I love his writing style which is chatty, amusing and witty. It is an unusual gift to be able to write descriptions of tricks and methods in a way that is humorous and yet clear – but Friedman does it with style. On the downside, the book is printed in that glossy kind of paper which I dislike from both an aesthetic and smell point of view. But that may just be me…

Variations on a theme

There are a number of effects which utilise a similar method and enable words written with marker to change to different words not once but twice. A clever principle and some amusing plots that play on it.

Friedman is also great at taking a plot you’ve already seen elsewhere and re-imagining it with a musical theme. For example, balancing quitar picks in an impossible way. Or a sort of souped-up paddle trick with a drumstick!

Another of Friedman’s knacks is to come up with new plots or plot twists which work in an apparently impromptu style – with things which just happen to be around. For example I love his trick with a Fortune Cookie where the fortune is impossibly impaled on a chop stick.

Although it’s not a routine I would perform there’s also a neat one with a wad of chewing gum and its wrapper.

If you like card to impossible location you will love Air-Guitar Serenade – where the guitar pick which has been used throughout the effect turns into the spectator’s folded up card.

Some of the ideas are very strong and versatile. For example there’s a really sneaky force which allows a very fair-looking choice between one and ten without all those goofy spelling ‘outs’ you sometimes see. This is a principle I could see mentalists playing with and coming up with some cool effects. 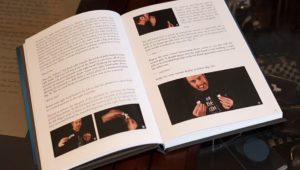 There’s also a great twist on a torn-and-restored post it note which could be used with a variety of themes other than the musical one he goes for. And there’s a great method for the torn and restored playing card. Everything is well-illustrated and easy to follow.

The musical nature of many of the tricks mean they may not suit your style or interests. But the creative approaches may well stimulate your own variations which could fit your own theme.

This is one of the more unusual magic books I’ve read in recent years, and also one of the more refreshing. There are some great ideas and some of the little presentational touches will have applications beyond the effects in this book. There’s some strong magic which has clearly been road-tested in the real world. Oh, and it comes with a free quitar pick!

Pick up your copy of The Magic of Jonathan Friedman: The Musical – from the Merchant of Magic for £31.50 (at the time of writing).

(You may also like to take a look at his earlier book.)