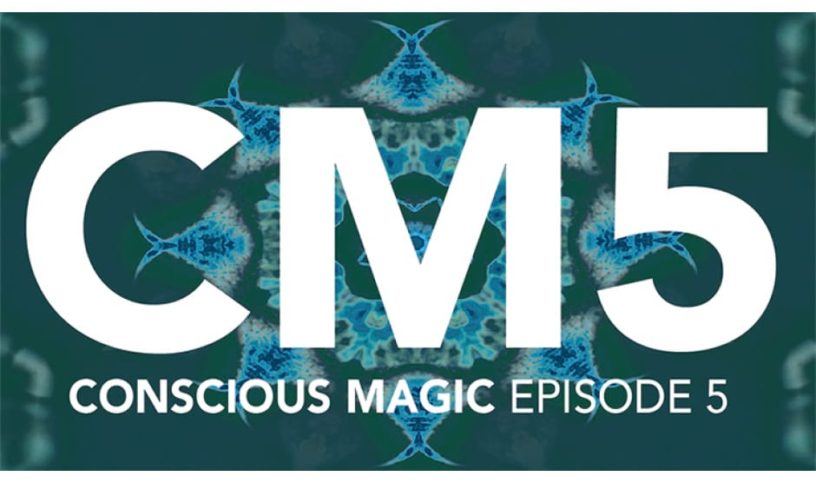 Conscious Magic Episode 5 is the latest in the highly successful Conscious Magic series of DVDs. Ran Pink and Andrew Gerard have carefully curated effects on these releases to provide strong magic and valuable insights into presentation and development of routines. This DVD plays for 1 hr 25 minutes and contains 5 effects which I will review below.

Know Technology – this is essentially an engaging presentation to use when you have previously peaked some information and want to reveal it. That sounds a bit vague, I’ll admit. But the premise is that you have an app which enables you to access all kinds of information about someone based on just some pieces of information. And then as a kicker the phone disappears. Mentalism is all about presentation and I do think this is an engaging and relevant ‘hook’ for this revelation.

As part of the explanation, they also teach Acidus Novus by Millard Longman. This is a very clever business card peak which has previously been released separately. It’s a worthy utility and does mean that you can do this routine even if you haven’t done peak work before.

Déjà vu – again, in once sense this is a presentation rather than some radical new effect, but all mentalism is – isn’t it? To a presentation around Déjà vu (were you already thinking that?) you reveal a name that your spectator is thinking about. And then the ‘déjà vu’ thought you wrote down earlier also disappears. I find it hard to know how to evaluate this, but again my instinct is that this would engage a spectator well.

Key Accessory – this is a clever key-bending routine where a signed key appears to bend while attached to a rubber band around the spectator’s hand. Like Acidus Novus, this was also released previously. There’s some really nice psychology in the simple handling here. But you will need to get hold of a suitable key.

Dreamweaver – Paul Carnazzo – this is a (previously released and still available) routine where you’re able to reveal a dream that the spectator is only thinking of. Some memory work – but not too difficult. It is a clever adaption of an old principle made new by completely changing the effect. I liked this and all you need to do to perform this at a moment’s notice is have the small printed business card sized card (supplied) in your wallet. With that simple prop you can perform a powerful piece of mind-reading – which will be strengthened by the more cold reading you can add!

Biddling Around – Andrew Gerard’s take on the classic Biddle trick simplified slightly and with added bang for your buck! A card is chosen and lost in the deck. You then cut through to a place near where you think the card is. You deal off four cards and show them to the spectator. They confirm that one of them is their chosen card. You place that card on their leg (or the table!) and it instantly disappears and reappears face down in the middle of the deck they’ve been holding. I really like this handling and there are lots of nice subtleties here. Cracking. This is my favourite on the DVD.

CM5 didn’t leave the same impression on me as CM3 which we looked at a couple of years ago. Nevertheless, I think that the thoughtful magician will get a lot from watching these routines and explanations as there is some strong thinking going on. I think Biddling Around is an excellent addition to the genre, and given the former retail value of the three previously released effects Conscious Magic 5 is good value – unless you already own them!

There’s probably more for the mentalist here probably than the general magician, but definitely worth a look. And if you don’t already do a business card peak then Acidus Novus is a very worthy technique to learn.

You can pick up Conscious Magic Episode 5 from MagicShop.co.uk for £31.50 (at the time of writing).

(If you only like the idea of Dreamweaver, that can still be purchased separately for £24.99)