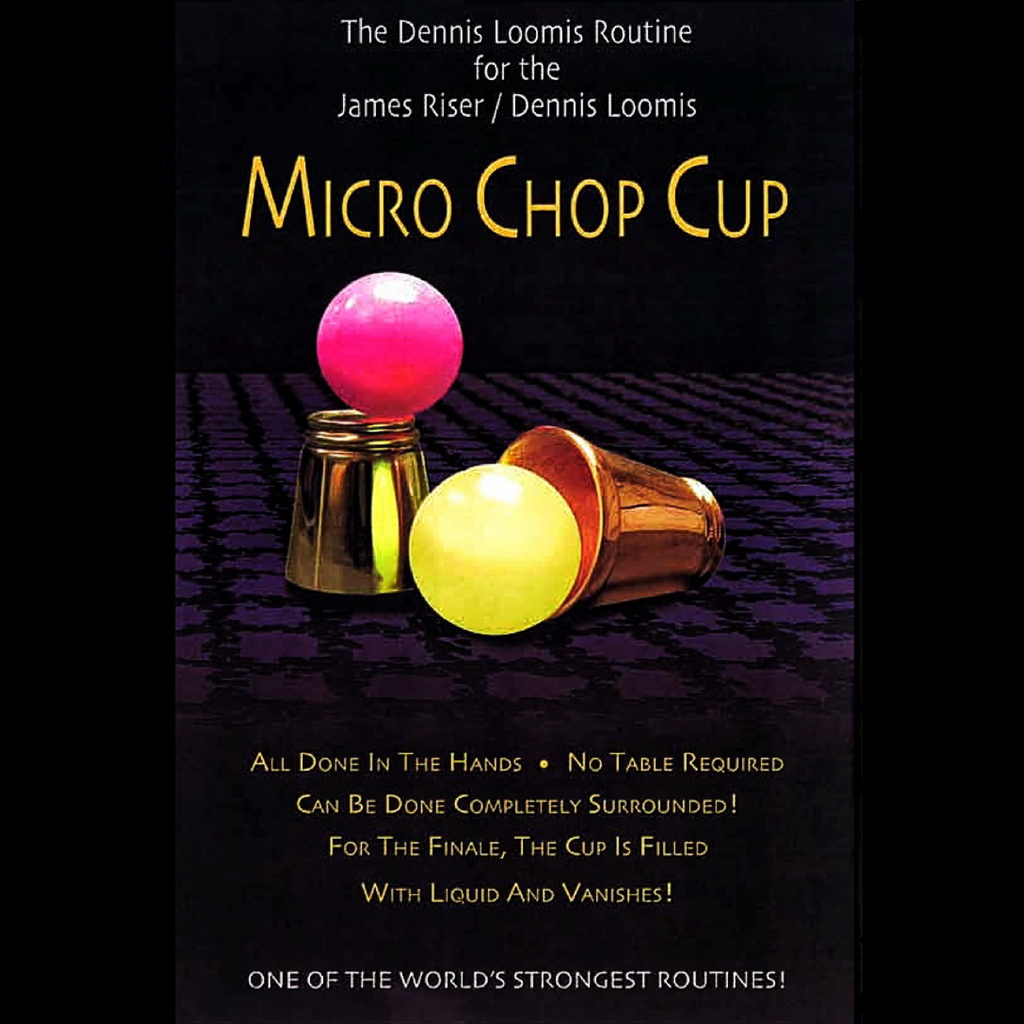 Jamie Grant thinks highly of the Loomis Micro Chop Cup routine. And I think highly of Jamie Grant. So as you can imagine, when I heard he was re-releasing this classic routine, I was very keen to take a look at it and put it through it’s paces. 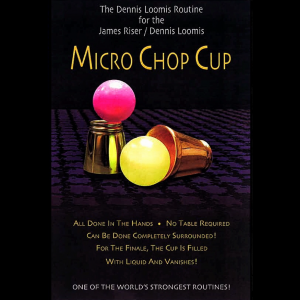 A nicely printed book. In fact, two books in one, but more about that later…

Regular readers will know that I am a big fan of written instructions, rather than DVDs and so I am so delighted this has been re-released in this format. The explanation is very good and the book is well illustrated making everything clear.

The routine has been so well thought through and that shows. It can be done in the hands (this was a big selling point for me since I was keen to introduce a chop cup routine into my walkaround set) and makes sense. There are no difficult moves to speak of – though you will need a little practise to get the handling smooth.

The big finish will require an extra something – to enable you to vanish the cup full of liquid at the end – but if you don’t have the necessary or don’t want to use this phase the routine has a strong enough conclusion without it. This is just the icing on the cake.

What’s all this about Cups and Balls?

I hadn’t realised before it arrived that the book contains not just the Micro Chop Cup routine, but also the Loomis Cups and Balls routine. In a slightly quirky way the two thinks have been bound back to back and upside down in one volume.

The Cups and Balls routine, too, is excellent. Again, it is clear that careful thought has gone into the structuring of the routine. Reasons are given for, shock horror, departing from the Vernon way of doing things, and for me they are plausible reasons.

This will certainly take more work than the Chop Cup routine, but again it is clearly explained with clear photographic illustrations showing all the moves. I was slightly amused by the frilly cuffs in evidence in the photos – but that simply dates the original pictures I suppose!

This has clearly been a labour of love for Jamie – obtaining the rights and then re-publishing these classic routines – but it is not just an exercise in nostalgia. These are brilliant, effective, well-constructed routines.

I am certainly going to add the Chop Cup routine to my walkaround repertoire. I’m not sure whether the Cups and Balls Routine will replace my much loved (and rarely performed) Mendoza routine for a Chop Cup and Balls combination set – but that is more due to me being a little lazy rather than any comment on the quality of the routine which is excellent.

So this comes unreservedly recommended. You can get it directly from Jamie for only $27 (USD) and free shipping anywhere in the world. Many thanks to Jamie for re-releasing this great routine and for supplying us with a review copy.