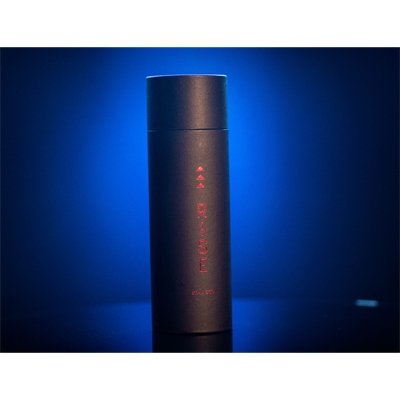 There was a lot of buzz around Rise when it was first advertised and we were keen to see whether it lived up to the hype. The demo (see below) is really visually impressive and, as if you could want a higher accolade, it has been used by Dynamo on television. 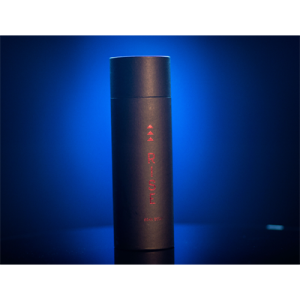 So, what’s the effect? Very simple – the performer stamps on a crushed Red Bull can and it is instantly restored to a new condition. Oh yes, and you can hand it out for examination or drinking – it is the real deal. And there’s nothing on your foot.
And it really is that clean. With just a few caveats.

I can’t really tell you much detail for fear of exposure. But suffice to say a very clever and well-made gimmick which will never be seen by the audience and by my reckoning ought to last a long time. Also a few extra bits for a second gimmick which is needed. Some construction is needed for this and whilst it isn’t complicated, it will take you a while to do, and minors may need some help/supervision. Once you’ve made this it should last for a long time. Oh and it all comes in a really nicely presented packing tube.

You are also provided with a link to the online instructions. These are very comprehensive – lasting over an hour. It is here that you see how well this whole effect has been thought out – according to Sean it has been 8 years in the making – and the constant use and refining of the effect becomes clear in the detailed instructions.

They really do cover every aspect of the effect. In addition to the set-up and preparation, handling tips are covered and thoughts on suitable clothing and the psychology of the effect. Even ideas for performing it more effectively for video. He has clearly thought about this a lot. There is a little bit of background noise on some parts of explanation – but this is not a problem – it never affects the clarity of the explanation.

To be honest, it is mainly pros. Rise is relatively easy to do since the mechanism does most of the work for you. And it is certainly extremely visual. To achieve that level of visual effect it is a little bit angle-sensitive – but the whole routine has been carefully ‘blocked out’ to provide all the cover you need – you can tell this has been performed and worked on for years.

One of the things that gives Rise its wow factor is that the hands come nowhere near the can when the magic happens. If the original isn’t strong enough, there is also a ‘signed can’ version. Although there’s a nice little subtlety here in the choice of the colour pen to sign with, I’m not sure that signing really adds much to what is already such a clean looking effect.

There is a possible sound issue – the magic ‘talks’ (!) – but in the street context where this would sit most comfortably there is likely to be plenty of background noise.

Reset? Well there’s a little bit, and it definitely needs to be done out of sight of spectators. You’re not going to be repeating this straight away. But then why would you? The can is restored – so you’d need a new crushed one to start again! Sean suggests saving it as an attention getter or as a special item for a significant person at a gig.

All in all we think this is a fantastic effect – the phrase reputation-making is banded about too much these days, but there’s no doubt people will be remembering a good performance of this for a long time to come.

Currently reduced to only £66.99 at the Merchant of Magic (at the time of writing).