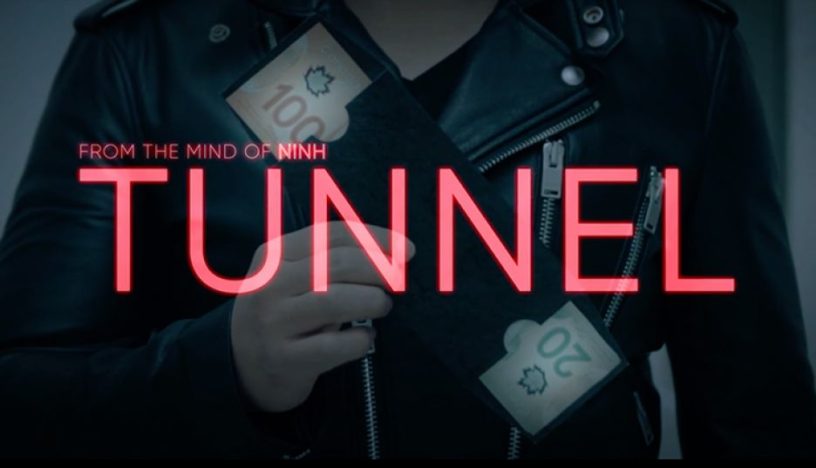 Rarely do I review a product about which I know nothing, but all the hype that normally seems to accompany a new release seems to have passed me by on this occasion. Given that Tunnel is a Sans Minds release that may be just as well, since as you may have noticed, I have rarely been impressed by their earlier releases. But as a reviewer you always try to keep an open mind – and as it turned out, Tunnel was a pleasant surprise. Let’s get into the review.

If you, like me, have missed the hype, the effect is simple to describe. Two spectators each sign a different value banknote. These are then placed in a double ended envelope (which has been shown empty) with the ends of the note sticking out and clearly visible. The spectators both take hold of a note – but in a flash they visually swap places.

This is a strong effect, since it happens in their hands with signed notes. 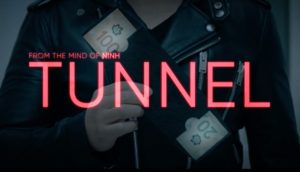 Tunnel comes with an instructional DVD (which runs to about 45 minutes) and the necessary materials to make your envelope. Uh oh, I hear you say, another Sans Minds DIY project? It is true, you do need to assemble the gimmick yourself. But they provide all the materials, apart from some ‘tools’ (Scissors!) and the adhesive. It sounds a little bit like they have shares in 3M since they continually promote their adhesive!

The construction is extremely straightforward. I’m no craft ninja, but this is well within my capabilities. The explanation took about 14 minutes – but I’d be surprised if it took you half of that time to actually make it.

After a mercifully brief introduction, a live performance and a talk through the basic method, there are very detailed instructions for making the gimmick and performing the effect. I was impressed by the amount of detail they went into on performance – but could have done without the annoying background music which was on loop.

For me the great strength of this effect is its simplicity. The gimmick is very straightforward – there’s nothing really to go wrong – and it is easy to do. Like many of their releases it is very visual, and the reset is also very quick.

You could argue that it is an inherently odd process – why would you put a note in each end of an envelope? But all magic relies on such oddities, and in its defence the envelope is a disarmingly ‘ordinary’ gimmick. They also lose a point for using an incarnation of the hackneyed ‘no the clean hand’ gag in the performance.

The envelope is perhaps a trifle large – but if you are really bothered you could easily make a (slightly) smaller one. They also provide the materials to make a matching but ungimmicked envelope – but I personally think this is overkill. With even a modicum of performance skill and audience management everyone’s going to be looking at the notes. And in a funny way, the fact that they are signed is what sells it.

All in all, I was pleasantly surprised by this release, and would recommend you have a look at it if you perform street/walkaround magic.

Tunnel is available from MagicShop.co.uk for £27.99 (at the time of writing).