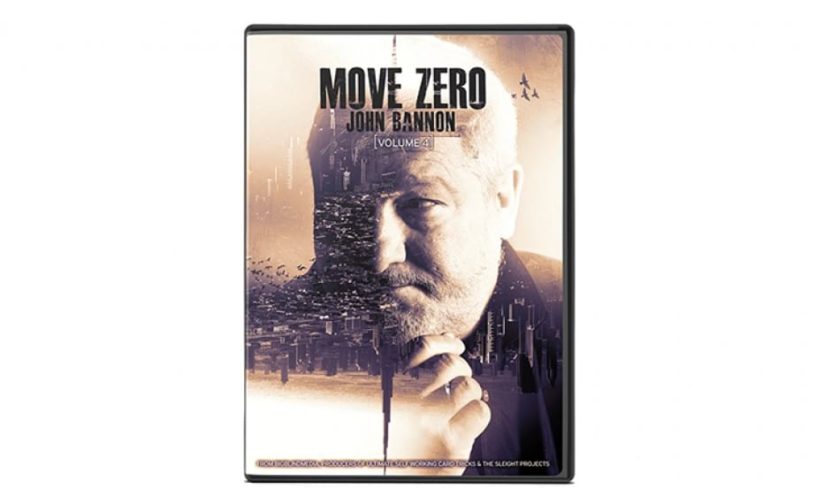 We have loved the Move Zero series and couldn’t wait to get our hands on Volume 4.  But there’s always that fear that the quality will drop – or the sequel won’t be as good. Well [spoiler alert] we weren’t disappointed.   I guess you really want to know about the tricks first of all, so here’s our review…

Proximity – This is a clever presentational twist on an old principle.  The spectator thinks of a card and you make two predictions you think will be ‘close’.  When the spectator’s thought of card is located (in a freely shuffled deck), the cards either side are found to match your two ‘predictions’!  This is a brilliant way to open the DVD and I love the entertaining twist on a principle you may well already know.  And on a very few occasions you’ll get a different but possibly even stronger outcome!  This one’s going straight into my impromptu repertoire!

Second Reckoning – this is a remix of Dead Reckoning (from Move Zero Vol 1 or Dear Mr Fantasy). The spectator shuffles the cards and then chooses a bunch.  They remember a card at the number they have chosen and the mentally spell out the name of that card.  Amazingly without anyone saying anything out loud, the performer stops dealing at the end of their spelling and has stopped on their very card.  Very fooling effect – though it doesn’t use a whole deck – which may put some people off. Baffling for the spectator and easy to do. No reset. Brilliant.

Power of Poker – this is a routine which has appeared on at least one other DVD we’ve seen (and also in Dear Mr Fantasy) – but apart from anything else I really liked the jumbo cards he used in this version!  Essentially, in spite of the the fairness of all the spectator’s choices, they manage to deal you a royal flush which beats their full house.

Banco – a spectator makes all the choices and yet you end up with all the envelopes full of cash! This is a nice example of taking a principle from one effect and moving it to another area. This is undeniably clever, but for me seems slightly less fooling than its playing card equivalent.  On the other hand, effects with cash always pique a spectator’s interest and so it may be that the hook makes up for any possible shortcomings in the trick.  To use the presentation Bannon uses you will need to purchase a few special bank notes which you can probably pick up online. 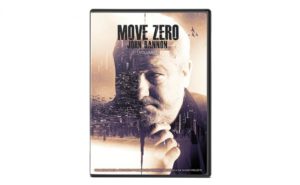 Depth Charge – this is a very clever ACAAN type of effect. One spectator chooses a small packet of cards to create a number. The second spectator creates a random card out of two that have been randomly shuffled to.  This is a great example of how ‘layering’ really obscures the method. It looks so fair and the result is devastating.  There is a very simple ‘move’ involved – but it is so easy it doesn’t disqualify it from the Move Zero label!  One of the sneakiest ACAANs I have seen – and definitely a worker.

Lost in Translation – this is a fun prediction effect where three playing cards stand in for three words – which you can reveal.  And then there’s a nice cheesy kicker (!) at the end.  It’s a whimsical little effect which doesn’t have the feel of a card trick even though in one sense it is.  If the gag appeals to you then it will be an easy addition to your repertoire.  But I suspect not everyone will want to use the gag!  You could easily take the idea and weave your own version around it.

View to a skill – this is a clever take on the classic Miraskill (which can be found, amongst other places, in The Encyclopedia of Card Tricks) which removes all the sleight of hand (instead utilising some sleight of mouth!) and turns the thing into more of a game. Typically lateral Bannon thinking here to make a fun effect.  I love the way it is structured to cancel out methods in the spectator’s mind.  The dealing procedure makes this a fairly long effect – so you will need the right context to perform – but it is a great one to have in your bag.

GoFiguration – after a very fair looking series of shuffles and decision by the spectator, you have managed to arrive at four of a kind.  This is a masterclass in layering methods and subtle manoeuvers.  Another really strong effect for very little effort.

Triplicity – the spectator cuts to a random number of cards, then remembers a card at that number in the deck. First you read their mind, then you reveal what number their card sits at (once the deck has been cut) and finally you reveal that you predicted both things in advance. This is another great routine which very much works itself but would be utterly baffling to a layperson.

This is the fourth volume in an excellent series. It has been some time since I looked at the earlier volumes which makes comparisons hard, but my sense this time is that this material is more consistently strong than the earlier disks.  And they were excellent so that gives you some indication of the quality here. 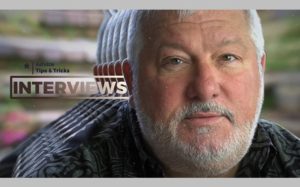 There are several effects here which are well worth having up your sleeve when you’re out and about – they need no real preparation and are easy to do.  Although this series is aimed at those who are new to card magic I think that even an old hand will learn a thing or two here.

In addition to the strong magic, there are insightful gems to be found in the interview segments which intersperse the magic.  Like the earlier volumes there are also ‘Trick Bag’ sections which takes a look at some of the principles used in the effects in some more detail – which may help you utilise them in your own ideas.  The final interview section has some pointers for ‘next steps’ for the magician who is just starting out.  These could be really useful if you’re just finding your way with sleight of hand.

As always, everything is well attributed/credited.  As you’ll notice, some of the effects have been published in recent years – so if you’re the sort of person that likes learning from books, you could do a lot worse than looking up his recent books.

Move Zero Volume 4 is unreservedly recommended and you can pick it up from MagicShop.co.uk – just as soon as it is released – for £26.99.