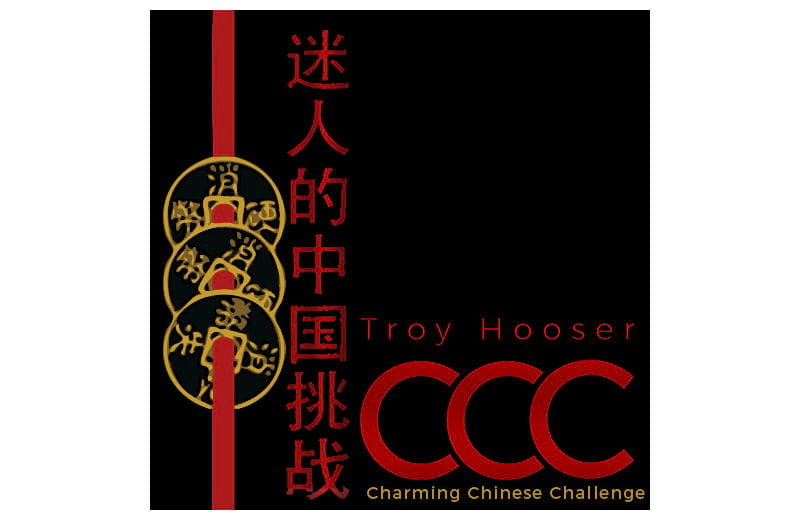 The Charming Chinese Challenge is a new release from Vanishing Inc. But it immediately raises the question when is a ‘New’ release a ‘new’ release? Troy’s wonderful routine was first published in Destroyers all the way back in 2001. Then a couple of years later (2003) it was released as a DVD with some extra moves by other performers but with no coins. Fast forward another 14 years and Vanishing Inc have re-released this classic with coins and ribbon and new video footage (online) – all in a charming (of course) little box.

In case you’re not familiar with the effect it can be simply described. The spectator threads three Chinese style coins on to a piece of ribbon, and then one by one they penetrate off the ribbon. The first two fall off into the spectator’s hand. The third melts off and on the rope and then vanishes, reappearing with the other two.

First of all the coins. These are in 1 dollar size and have a good weight to them. The design is attractive and visual and the hole in the middle is of a good size to allow the ribbon to flow freely. I’ve tried sourcing coins for this routine elsewhere in the past but not found anything as nice as this. 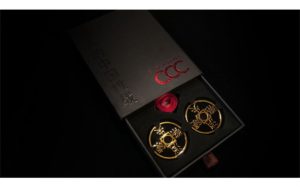 You also get a suitable piece of ribbon (though you could substitute any you like) and a card with a link to the online teaching. The whole thing comes packaged in a really nicely made box which has recesses for each coin and even a gap for the ribbon. These little details make a difference.

The online video is somewhat brief – running to less than 22 minutes all told. It starts with a 2 minute studio performance which is very nice. After a brief discussion of credits/influences you are straight into the teaching.

The main teaching section is only 8 minutes long. I struggle to classify the teaching. It doesn’t go into masses of detail on the moves, but they are fairly straightforward.
Troy has an easy, gentle manner in explanation. It isn’t hurried but I think I would have liked a little more detail on some of the sleights. He obviously knows the whole routine inside out (he’s been performing it for decades) and so perhaps finds it hard to realise what it is like for someone coming to it for the first time?

I would have preferred a few more camera views – I can only recall one ‘performer’s eye view’ – but I find these very helpful – finding it hard watching explanations that are ‘back to front’. If you’re used to performing coin magic then I don’t think you’ll find this too taxing, but if you are coming at it completely fresh you may have to work a little harder. 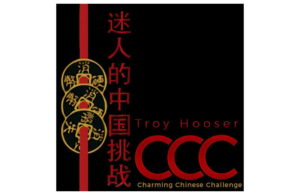 All that being said, coin magic is not my speciality, and yet I found myself picking the routine up fairly easily. And I would hope that with a bit more work it could become quite a useful piece.

After the main routine there is another 10 minutes of variations. I don’t think these were all in the original published version – and they give you some options for getting the coins on and off. I would say some of these were slightly more visual. They would certainly mean you could alter or extend the routine as you prefer.

I’ll be honest, I’ve been keen to learn Charming Chinese Challenge for a few years, and I think this release provides a great way to do so. The props are excellent and the routine is well thought out. There’s no real re-set and it takes very little space in the pocket, yet is visual and very magical. It probably drops a point overall for the relatively brief teaching. But nonetheless comes highly recommended.

You can pick up Charming Chinese Challenge from MagicShop.co.uk for £38.99 (at the time of writing).