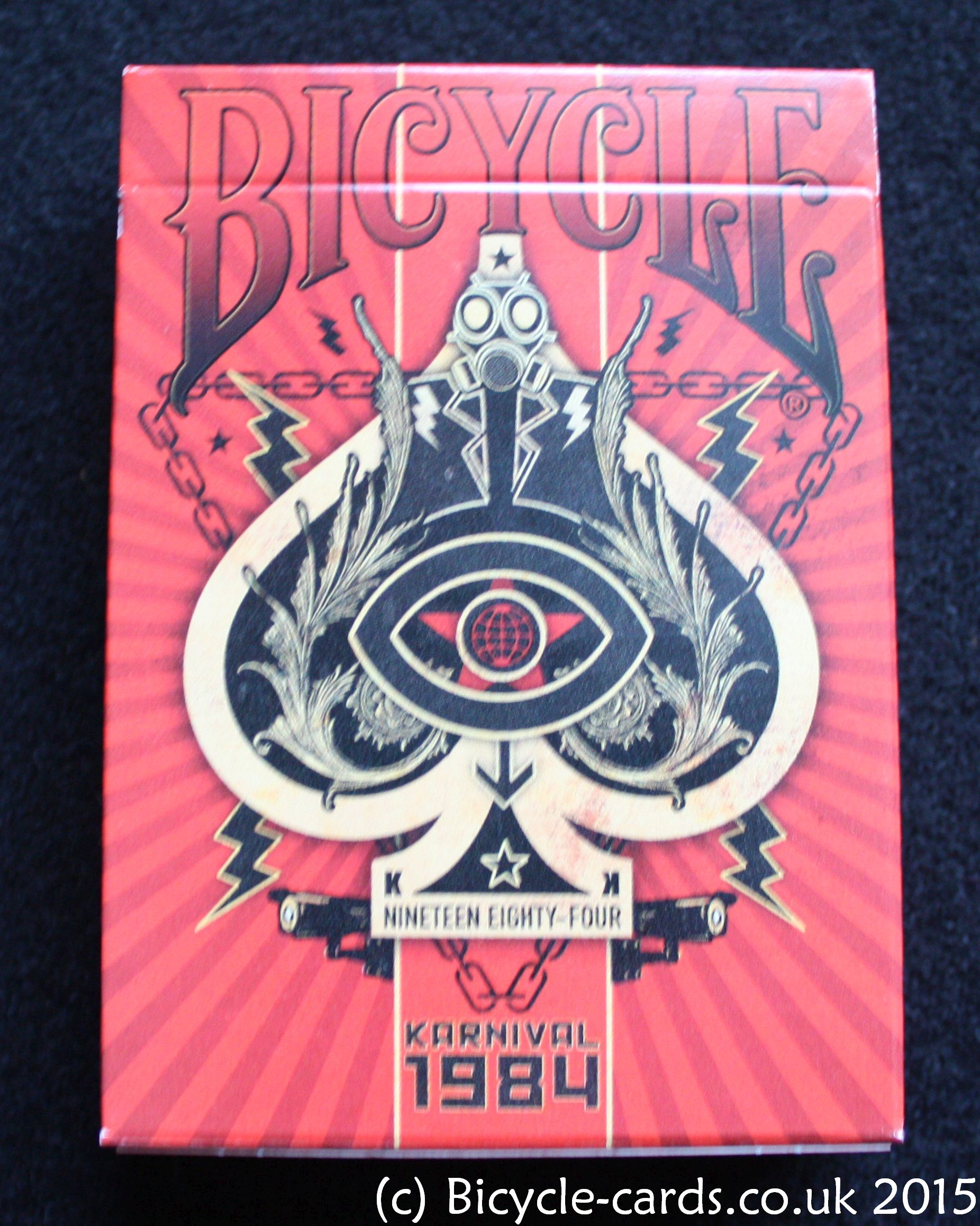 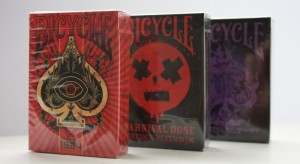 We’ve been reviewing Karnival decks since their earliest days.  It’s been a while since we’ve looked at any new ones and then three come along at once!  The focus of this review is the completely new release – the Karnival 1984 deck.  But before we go into detail there, we’ll mention the other two briefly.

The Karnival Dose (Redux Edition) and Karnival Midnight (Deep Purple Edition) are both limited edition (2,500 each)  re-runs of earlier decks, but in different colour ways.  So the classic Karnival Midnight (from 2009) has had a makeover in purple and the Karnival Dose (from 2011) – which already had a slight back change in another limited edition in 2012 – has been made over in (blood?) red.

This feels like a very different style of deck from previous Karnival decks and marks a step into the social and political arena – and away from skulls.  Mainly. There are still a couple of skulls on the back design – but they are wearing suits, so that’s ok… 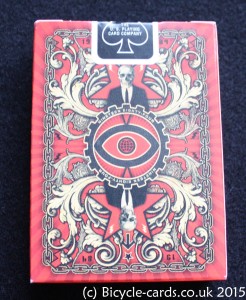 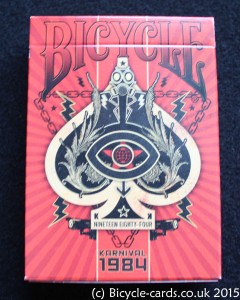 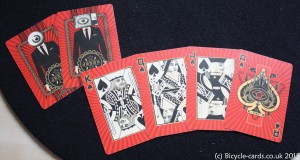 If you’ve enjoyed Orwell’s dystopian novel then you will appreciate some of the ideas worked into this deck.  Clearly the idea of surveillance is significant – with a watching/transmitting eye at the heart of the design – and a warning on the tuck case!  The jokers pick up on this theme – their heads replaced with an eye and a ‘watching tv’ respectively, and with the slogans of ‘the party’ written underneath. 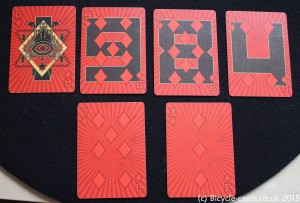 The colours are striking and the classic Karnival radiating pattern makes for an appealing fan or spread – face up or down.  The indices have been re-drawn in a brutalist style font and the pips are big and bold.  And you will notice another intervention of the theme on the Ace, nine, eight and four pip cards – see if you can work it out from the picture! 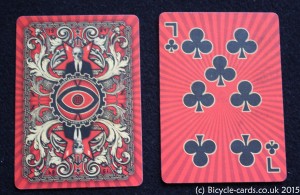 The pixelation of the faces on the court cards is a brilliant touch which fits well with the theme and adds interest to the design.  I was delighted to see two useful extra cards (instead of the usual advertising card): a double backer – which is useful in a variety of magic routines; and a double-faced card (7C/3H) which will also have plenty of uses.

They handle, fan and spread beautifully – with the classic intricate Hayles detail on both sides of the card making visually appealing displays. 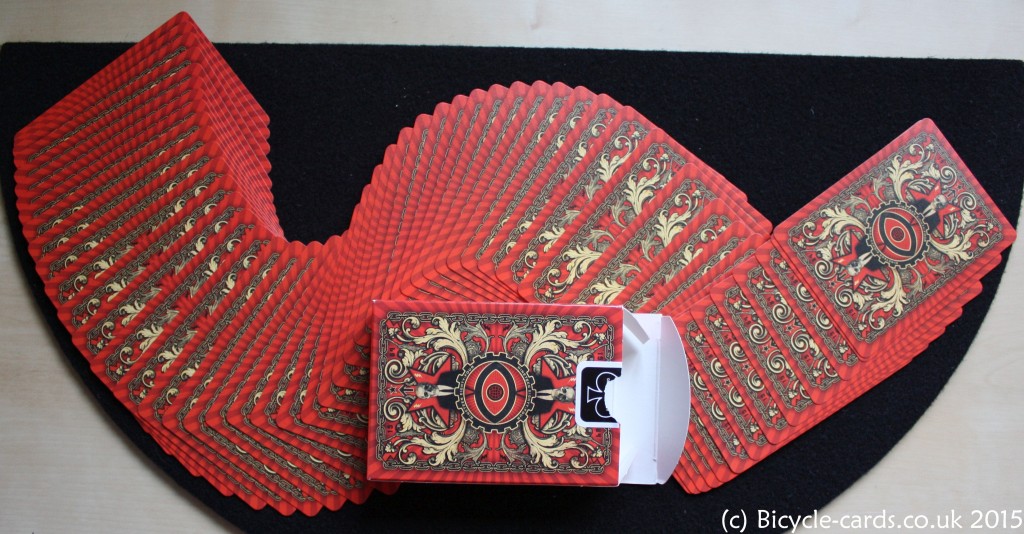 All in all this is a great deck which is up to the usual Karnival high standards.  A must for collectors and could fit in well to an intriguing magic routine too.

The Karnival 1984 deck and all the other available Karnival decks can be purchased from Merchant of Magic (with thanks to Big Blind Media who kindly supplied the review copies).  And don’t miss the cracking bundle deal – 6 decks and a free uncut sheet!