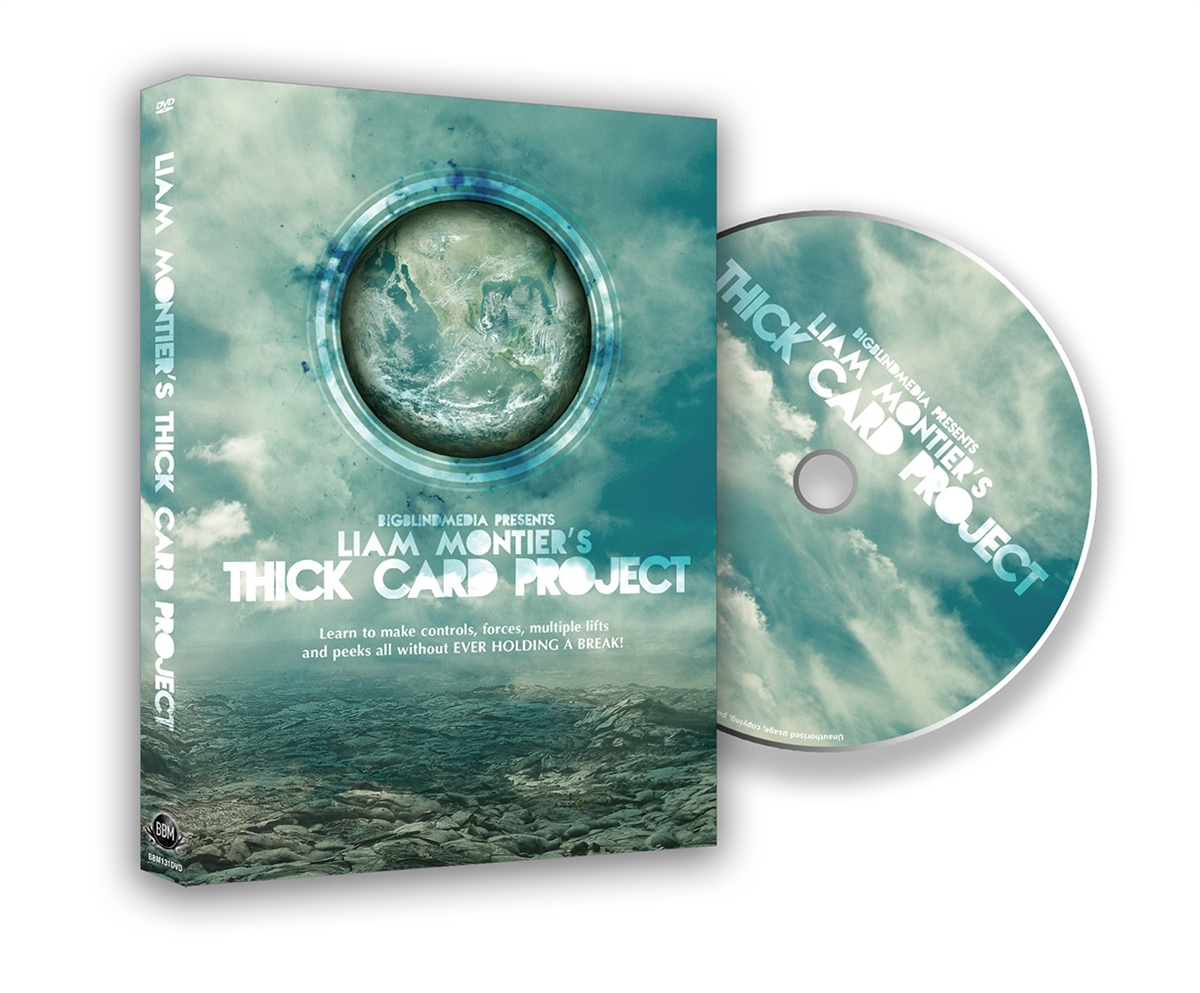 I hadn’t thought about thick cards for years – they’re the sort of thing I learnt about in my first magic books, played with for a bit, then moved on to ‘more advanced’ things. But I’ve just read the Alan Shaxon book in which he outlines a number of his professional routines using a thick card. And then along comes Liam Montier’s Thick Card Project – which is an exhaustive treatment of the use of this ingenious card magic tool. So here’s our review… 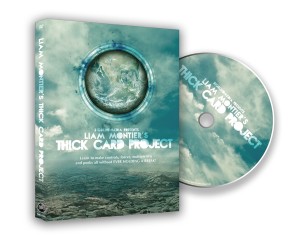 First Liam talks you through how to make your thick card (dead easy) and a few thoughts on your choice of card for thick card. Then he covers the basic controls – cutting it to the top and bottom and using it to control a chosen card.

As with all the DVDs in this series Liam goes into plenty of detail on the little touches which finesse these moves. I don’t recall seeing the overhand shuffle technique before (though I’m sure it’s not new) – and there were a couple of useful variations on this.

The Force is strong with you

After a good variety of controls, the DVD turns its attention to using the thick card to force a card. There are a surprising number of variations here – including riffles, dibbles, and more psychological forces. There’s a clever ‘improvement’ of the classic cross cut force and even a peek style force which allows for very clean handling. Liam also offers some general thoughts on handling and working with the thick card.

Doubles, triples and beyond

Liam demonstrates how a judiciously placed thick card can make for a really easy double or multiple lift – even making a tabled double lift very straight forward. This could have application in lots of routines. In the next of the periodic advice slots Liam gives an almost evangelistic defence of the versatility and superiority of the thick card over various other locator cards. (But also reminds you that other locator cards are available (!) and many of the techniques taught on this disk could work with them.)

As if controls and forces weren’t enough, the thick card also facilitates some nifty peeks. Technically speaking the top and bottom peek techniques taught don’t really rely on the thick card – instead Liam is demonstrating how to use the thick card to control the selection into a position where you can use a ‘standard’ peek. The ‘middle peek’ does rely a little more on the use of the thick card, as does the (slightly dated?!) ‘wind up gag’ peek.

We’re not going to do a detailed breakdown of all the routines as we sometimes do, but just make a few comments over all. Liam has returned to some classic books and some classic effects and in many cases simplified their handling by the use of a thick card. Worthy of mention are Allerton’s classic ‘Surprise Speller’ and two other classics – the Biddle Trick and Dai Vernon’s Emotional Reaction. There are also a few Rovi routines which make me want to go and dig out my copy of Rovi Reveals again! All the routines are workable and some very strong – and they will no doubt stimulate you to think about how you can utilise a thick card in other routines you already perform.  Essentially anywhere you might normally have to hold a break, a thick card allows you to do this without any sleight of hand and with even cleaner handling.

I have to confess – when I first saw this DVD on the review pile, I wasn’t really excited about watching it – but watching it has definitely inspired me to re-visit this old tool. There is no doubt that it enables an incredibly clean-looking handling and allows you to perform some stunning magic. If it’s good enough for Alan Shaxon then it’s good enough for me. Well worth taking a look.

Available direct from MoM (with thanks to Big Blind Media who kindly provided the review copy).  £21.99 (at time of writing).