Close Up Magic, Latest Bicycle Cards, Trick of the Month

Posted by BicycleTricks on March 1, 2016 0 Comments 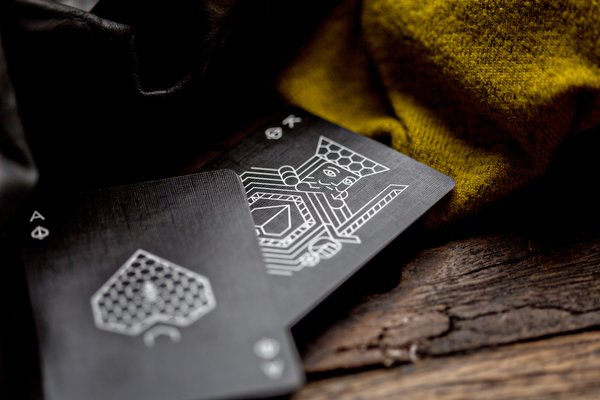 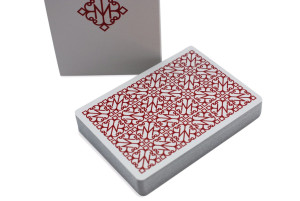 We’re gearing up for a big trip at the end of March – and are trying to plan how to cram as much magic in as possible! But in the meantime here’s our round up of some of the latest magic and cards. We’ve gone a bit card heavy this month since we missed out on our round up of cards in February…

We’ve been quite a fan of a number of the Madison decks, and really like these Madison Revolvers which are due in the same day we go to (virtual) print. An understated but striking design which I believe is a fairly limited edition and so very collectable. £13.99 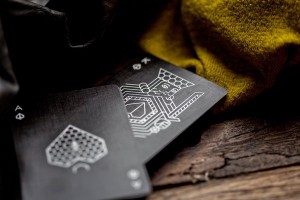 I’m not sure if I’d use these in performance, but I love the design of the Killer Bee playing cards. The court cards have been fantastically stylised using the honeycomb theme and the back design is bold and mesmerising. Even after you cut away all the Ellusionist hype I think these are a super deck for collectors and ‘cardies’! £8.49 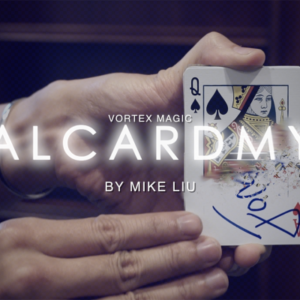 (From a purely design point of view, also check out the wonderful Duel deck at £9.99 – gorgeous!)

Here’s a brand new release (worldwide release 2nd March) which looks wonderfully visual. A card visually smudges and then turns into a previously selected and signed card. A clever custom made gimmick does most of the work for you allowing you to concentrate on enjoying the reactions! If Alcardmy is even half as good as the trailer it’s going to be brilliant. £25.99

We’ve enjoyed the recent John Carey releases we have looked at so even unseen we would recommend Eclectica his latest release. 15 items for less than £2/effect has to be worth a look! Packet tricks, full deck tricks and even, gasp, a trick with sponge balls! £28.99 [UPDATE – you can now read our full review here]

What’s caught your eyes recently? We didn’t get up to Blackpook this year so are still waiting for the buzz of the Blackpool releases. But worry not, we’ll be bringing you all the latest honest magic reviews in the coming days.