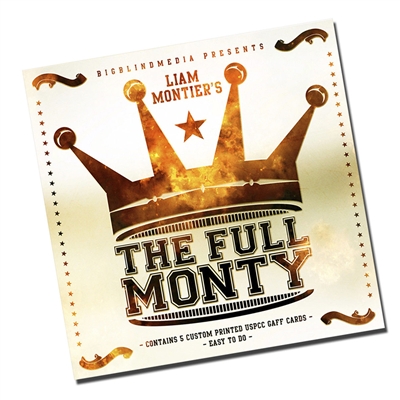 I had a small moment of déjà vu as I began to watch The Fully Monty for this review – I’m sure I’ve seen this before, I thought. As it turns out, this is actually a ‘new’ version of a trick I first saw on the excellent Fractilicious DVD. (I say ‘new’ since I think this was released back in 2014, but I have a feeling it has been re-released with new packaging etc. at the end of 2015) Enough of my ramblings, let’s get to the effect… 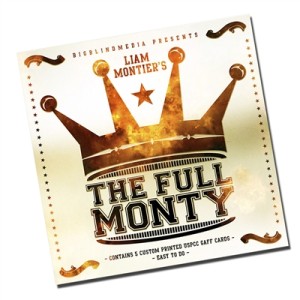 Is based on the idea of the three card monte/find the lady. The spectator is clearly shown 4 cards – 3 red-backed jokers (which say ‘Joker’ on their back) and one green-backed queen (which, you guessed it, says ‘Queen’ on its back). The challenge is to find the lady. To make the odds even better you remove one of the Jokers (which can be fairly shown). Then, in a flash the situation changes and you are left with three cards which say ‘Queen’ on their back – all with different coloured backs. And when the cards are turned over they are actually a set of 4 Aces! And everything is clean and can be examined.

This is an update on (the already strong) Montinator 5.0 (from the DVD above or also in the Triabolical book). The extra rainbow finish and the 4 Ace finale really do give an extra punch to an already great trick.

As you expect for a BBM release, filming is good quality and explanations are top notch. I particularly like the fact that there is a ‘magicians’ explanation – with less detail on the moves – so if you’re already fairly competent with card magic you can learn the whole thing in 5 minutes (and feel slightly smug on the way).

There’s also a more detailed explanation which takes you through all the necessary moves. In fact the full explanation is so succinct that that only takes a couple of minutes longer! As if that weren’t enough, there’s a quick summary explanation (less than 2 minutes) which would be great for practise purposes or to refresh your memory if you hadn’t performed it for a while. This 3-fold explanation is such a good idea – I wish other publishers would use it!

The moves aren’t what I would call difficult – and if you’ve performed a few packet tricks (especially any recent Bannon/Montier ones) you will probably know them already. A couple of counts and a spread that are all common currency. The use of some gaffed cards makes the handling even easier. And reset is all but instantaneous.

You get all the cards you need to perform this straight away. You’ll have to add your own writing – but that’s a great advantage if you happen to speak a different language!
I like this a lot. It’s an evolution not a revolution – but it’s building on a strong effect and making it even stronger.

Available direct from Merchant of Magic (who kindly supplied the review copy) for only £23.50 (at the time of writing).