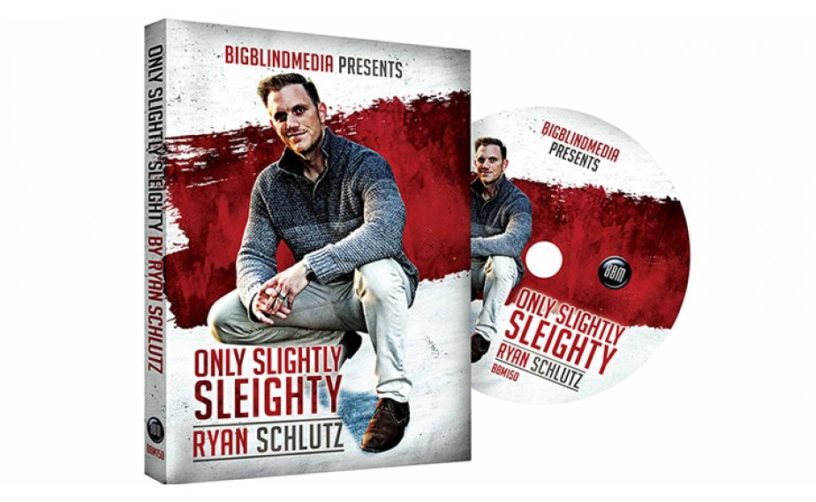 As the name suggests, Only Slightly Sleighty attempts to position itself just a little away from the completely self-working area which BBM are so well known for. That being said, there are really very few moves involved in any of the effects on this DVD, instead relying on a degree of cunning and subtlety to do most of the work for you. The ‘theme’ for the DVD is exploring the idea of appearing to give massive degrees of freedom/control to the spectator – and to the uninitiated some of them really do seem so fair that it is hard to imagine any explanation for the effect.

Let’s get into the effects

Future Card – this is an incredibly fair looking effect where the spectator appears to make all the choices, and yet a card freely set aside at the beginning matches a card created by all the spectator’s free choices. I’m rarely baffled by an effect, but all but one element in this one flew past me first time. Requires some set up but is very easy to perform because of that. Very clever.

Shuffles Therapy – from a shuffled deck, the spectator chooses a card which is lost in the deck very fairly – including a two-way shuffle! Then the performer is able to reveal the chosen card. Another very fooling routine which can be done with a borrowed, shuffled deck – though is even easier with your own slightly prepared deck! There are lots of really clever things about the way this has been constructed, including a really cheeky peek! Great stuff. 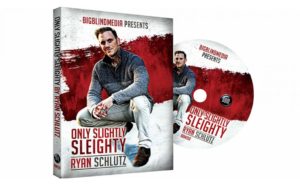 Long Way Out – the title here is a tribute to Chad Long who’s excellent Shuffling Lesson (you can find it on the Ultimate Self-Working Card Tricks DVD) of which this routine is a distant relative. Two spectators touch the back of three cards which are set aside. Then each spectator chooses random bunches of cards and after a very fair-looking procedure they deal them into three piles. Despite all the freedom of choices, each person has three matching cards on the top of their piles. And the three cards set aside at the beginning complete each four of a kind. This is quite ‘long’! There is a fair amount of procedure – but if you keep it moving it is a baffling effect. Ryan teaches his own switch which is very cool and will have other applications.

Any Card Any Sum – this is a sort of ACAAN type effect. Briefly, a card is selected, then from a randomised process involving some other randomly chosen cards, a number is created. And the chosen card turns up at that number. There’s some clever thinking here, though I didn’t really care much for his presentation. But utterly baffling to anyone not in the know.

Magic Camp – let’s say at the start – this has quite a convoluted journey to the effect – the performance took 8 minutes. It is slightly hard to describe but to a fairly engaging presentation based on the idea of a ‘magic camp’ – amidst bewildering amount of shuffles and choices and exchanges you and two spectators all manage to find your chosen cards. This is largely self-working (if you can remember the procedure) but does rely on a certain amount of set up. The explanation is split into multiple sections which helps. I love some of clever ideas – some of which you could adapt for other effects. Ryan manages to build in some entertaining byplay to a long routine – don’t’ attempt it unless you could do the same!

Combined – this is a sort of ACAAN effect using a clever variation on an old number force which is well disguised. Briefly – a set of cards is mixed by one spectator to determine a number; another spectator chooses a card – which is then lost in the deck which is then freely shuffled. Yet still the chosen card is at the selected number. This is a neat little idea with some nice subtleties which make this a great routine. (An extra ‘convincer’ is taught where the deck is shuffled before the final phase – but I’m not sure it’s really necessary.)

We do as we do – this is a very fair kind of variation on ‘do as I do.’ After an extremely fair sequence of selecting, shuffling etc, the spectator manages to stop you on two chosen cards. It is a bit like a trick which is often performed with a marked deck, but this relies instead on a bit of set up. The handling seems incredibly fair and open and the small set up means you are so far ahead that the thing is very easy to do. It feels more direct than some of the more procedure-heavy routines on the dvd and is very fooling. 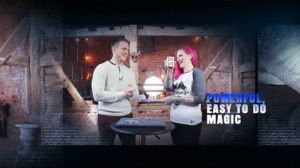 It is an interesting selection of effects – and they all seem to offer a very high degree of freedom to the spectator. An understated casualness is what sells these effects – and they suit Ryan’s personality very well. For someone with a different performance style a little bit of thinking would need to be done to sell the procedural aspect of some of the effects.

I suspect that most people would find a few effects they would use here – and even if they didn’t, then some of the clever principles could be incorporated into your existing routines to add extra layers of deception. Ryan relies quite heavily on a particular technique – and the DVD includes a short section providing some tips for using this.

I was pleased that Liam was there since on a number of occasions he ‘rescues’ Ryan’s explanations. Ryan is a great enthusiast but doesn’t always have the clarity which seems to come so naturally to Liam – but a prompt here and there makes sure everything is clear.

One feature which would have been useful (given the ‘procedural’ nature of many of the routines) – would have been some ‘rehearsal’ versions of the teaching – which step you through the procedures without all the extra detail.

However, overall I enjoyed the DVD. Ryan brings a different angle on his card magic which I appreciate and his enthusiasm is infectious. Another very worthwhile release from BBM.

You can pick up Only Slightly Sleighty from the Merchant of Magic for £25.50 (at the time of writing).

(With thanks to BBM who very kindly supplied the review copy.)