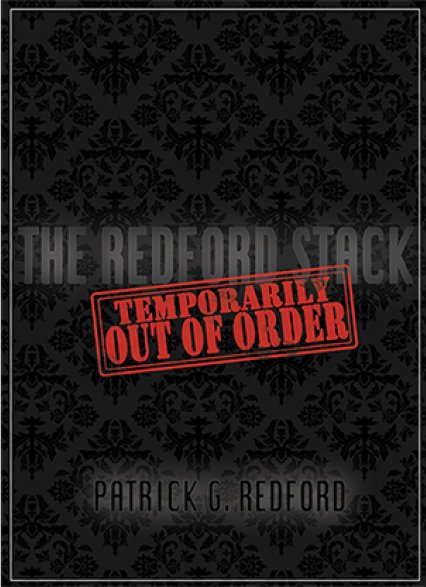 I have often observed that there appear to be trends in magic, and Temporarily Out of Order is the latest of a series of books to have been published in recent years on the Memorized Deck. We recently read and enjoyed Woody Aragon’s excellent Memorandum. And we will be doing a review of Atlas Brookings fine release The Solution any day now. I will try and make some comparisons between these works as we go (and if you are serious about getting into memorized deck work then you really need to consult the classic work of Tamariz and Aronson too).

Never judge a book by its cover 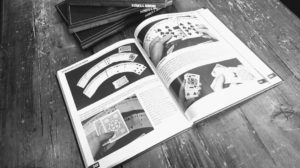 The old adage about judging a book on its appearance is true, and nowhere more so than with Temporarily Out of Order. I found the front cover unimaginative and the back cover rather stark, nor do I like the glossy paper on which the book is printed or the font used. Sorry! But don’t let this put you off – because the content is brilliant and more than makes up for these assaults to my aesthetic sensibilities! And in its favour it is well illustrated throughout.

Do we need another stack?

Many readers will already be familiar with either the Tamariz or Aronson stack and so this question is inevitable. The Redford Stack has been built from the ground up to enable a number of features not so obviously present in other stacks. It is loosely based on the well-known Si Stebbins stack, but this has been in altered in various ways to hide some of its more obvious features.

The design means it is very easy to get into the stack from new deck order (and back again), or from Si Stebbins order. There are multiple spelling and poker effects built in, and also numerous other features which make it a very powerful tool indeed.

There are plenty of tricks – far too many to describe in detail. They are gathered in collections – spelling/location effects, gambling demonstrations/deals, faro effects (requiring perfect faros), and a couple of chapters of more general effects. One chapter includes five effects which are not stack-dependent – so you could use with an alternative stack you’ve already learned.

The title-routine, Temporarily Out of Order, is a very strong five phase effect in which a series of more and more incredible coincidences take place and the deck ends up being in full deck order. He even teaches a version which can be done without memorising the stack and is therefore more or less self-working.

Another chapter includes three ‘story’ effects – where a story is told as you deal through the deck. I like the way that he includes some magical effects to add further interest to the story, though one of the routines is sufficiently ‘adult’ that I wouldn’t use it in performance myself.

A short chapter explores combining the stack with other principles – notably the idea of end strippers. Then we hit some really useful ‘utilities’ chapters. The first teaches a brilliant false overhand shuffle and series of different false cuts. Another contains several deck switches – which are also very deceptive.

In a very generous idea, the final chapter which shows how to get into the setups for a ranger of effects by other people. It doesn’t teach the effects, but does give full references which you may well want to chase up on the strength of Redford’s recommendation! 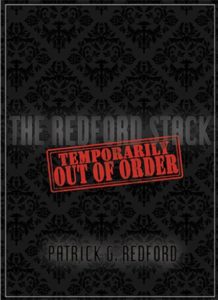 On the subject of references – everything contains highly detailed references which I appreciate and enjoy reading. There is also a very helpful online ‘toolbox’ – with videos of some of the effects and techniques.

A good number of the effects can be performed without actually memorizing the deck. But for those who are going to put in the hard work, there is plenty of help in teaching memorization techniques and mnemonics.

There are also loads of great performance tips and wisdom buried away in the descriptions – so even if you don’t perform any of these effects you will still learn some useful stuff.

We often like to comment on the skill level of items we review but that is difficult in the case of a book like this. Some of the effects are essentially self-working and others require a high degree of proficiency with a deck of cards. And the process of memorization itself – if you decide to go down that route – will be harder for some people than others.

Comparisons are difficult, but my sense from a distance is that Memorandum contained more effects, but the effects in Temporarily Out of Order were of a more consistently strong character. I also felt that some of the extra techniques and ideas in this volume would be relevant whichever stack you choose to use – indeed even if you don’t perform mem deck work yourself.

For this reason I would strongly encourage you to add this volume to your library, in spite of the cover…

Temporarily Out of Order is available from MagicShop.co.uk for £45.50