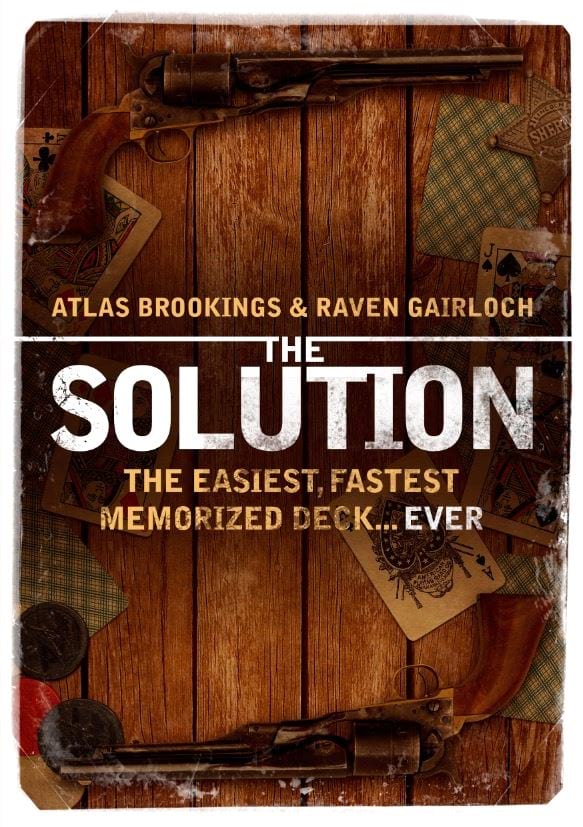 This review of The Solution completes a virtual triptych of books relating to the idea of a memorised deck. Although this is the smallest of the tomes we have reviewed, I hope you won’t despise it on that basis. This is a quality publication which will repay careful study.

It is worth stating at the outset that this is a different kind of concept to your standard memorised deck. Rather than a brute force memory approach, there is a mathematical system taught which will help you to derive the locations of individual cards. And notwithstanding the ‘method’ – the deck itself looks very fairly mixed and will withstand considerable scrutiny. 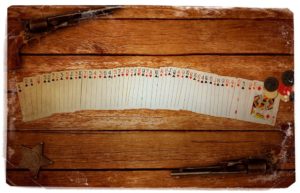 It immediately reminded me of a memory deck system invented by Lewis Jones which I first read about in his book Cardiograms – published by Repro Magic in the 90s (and I think more recently re-released under the title the Prism Deck by Wayne Goodman). However, when I consulted that brilliant volume to refresh my memory the two systems whilst possibly being distant cousins are in fact completely different beasts. Jones’ system is far simpler but has a number of limitations which The Solution doesn’t have. All magic is about compromises…

Anyway, back to The Solution. I suspect, that after a period of using it, the calculations will become largely redundant as you will memorize the locations anyway. But it does mean that the initial learning process is relatively quick and can be ‘refreshed’ very easily compared to the alternative. It should be said that some memorization is still needed – but considerably less than a whole deck.

Having looked at a lot of memorised deck material recently (see our reviews of Temporarily Out of Order and Memorandum) it is worth making another distinction between this method/concept and more traditional memorised decks. Built into the Redford or Aragon or Tamariz or Aronson stacks are a number of set ups for specific magic effects (e.g. spelling effects, poker effects, etc.). The Solution is not like that. It is literally a method for knowing the position of any given card in the deck and vice versa. Since the creators are both mentalists, it is fair to say that this solution is geared towards mentalism type effects rather than some of the other classic memorised deck magic. Again, this is worth bearing mind in weighing up whether this is for you or not. 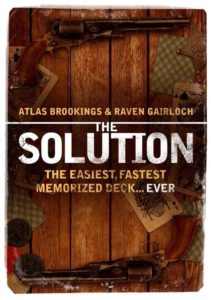 I received this as an ebook, which I subsequently printed, so I have no idea what the perfect bound copy is like if you order it. But after an amusing introduction, there are 31 pages explaining the development of the system. An understanding of this process makes more sense of the shortcuts you’ll actually use when you get going with it. It is also fascinating to walk through the creative process with them and see how they have got around various challenges on the way.

The system is simple – in the sense that it can be explained easily. But it will require a bit of work to get used to the process involved. The maths isn’t particularly difficult (though I am one of those weird people who likes maths – so perhaps you should ask a second opinion of someone who doesn’t!) and I think you’ll soon get the hang of it.

One of the routines taught provides you with an easy out to use while you are still learning the deck. Which takes us on to the routines…

8 routines are taught – which range from a very simple ‘reading the spectator’s mind’ effect, via an incredibly cheeky ACAAN, to an incredible revelation of two cards which a spectator has merely thought of in a spread.

In my opinion they are all extremely strong effects, but best of all, they are all clearly effects which the authors have performed. And the details of the routines are loaded with helpful tips, wording and psychology which make them killers.

There are also some interesting perspectives on wider performance questions – for example whether ACAAN Is actually a good trick for a lay audience at all! Several of the routines would easily lend themselves to working with other memorized decks and so I would recommend a look even if you already have a different stack you use.

Is it really the solution?

I hope you are getting the impression that I really enjoyed reading this booklet. I am the sort of person that does like to try to read widely around particular effects or types of routine that I am researching, but even if I wasn’t this would come highly recommended. It is a brilliant way to go about memorising a deck of cards with a relatively small investment of time/energy. But will enable you to perform some truly astonishing effects once you’ve got your head around it.

The Solution is available from the Merchant of Magic for £32.50 (at the time of writing).