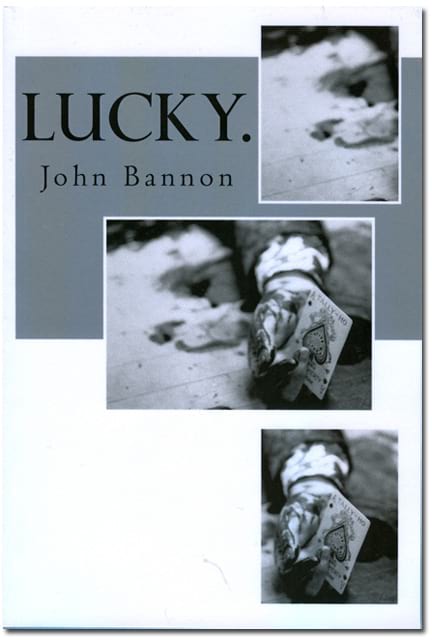 Lucky is the first of a couple of limited edition John Bannon releases for which our good friends at BBM have got their hands on as a UK exclusive – so of course we had to take a look.

It is a 104 page perfect bound book from his 2016 tour containing 10 items – most of which haven’t been in print before (though a couple have been put out on DVD since Lucky was first published).

Let’s tackle them in order.

Chop Shop – is a lovely fractal packet trick (and in the BBM bundle comes complete with the necessary cards). An odd card repeatedly jumps back to the packet in spite of being placed in your pocket. And in a kicker ending all the cards change to aces. This was not new to me (we first saw it on Fractilicious) – but remains a strong effect with superb routining. And it’s not too difficult if you can manage an Elmsley count. Although it is great that they have bundled the cards, I’m not a massive fan of the card stock (and especially the faces of the cards) they have supplied – so I will probably make my own set up. In Bicycle cards of course!

Proxy Shock – this is a subtle and fooling revelation of a card only thought of by the spectator. It requires a degree of confidence to perform well but will be utterly baffling if you can pull it off.

Cut and run – is a full deck running false cut culminating in an ace production! Not only is this a neat idea, I like the way he combines it with later ideas in the book to provide a logical series of effects which are set for one another.

Hybrid Holdout – this was another one that was familiar to me – due to it appearing on Bannon’s forthcoming ‘Dealing with it’ DVD (review to follow next month). It is in effect a very sneaky way of retaining a stock of cards whilst giving the spectator the strong impression that they have shuffled the whole deck thoroughly. A very versatile little procedure.

Stealth Assembly – this is actually a routine by the talented John Carey – using some Bannon moves. Aces are placed on the top of four piles, three of which the spectator stacks. In an instant all the aces have gathered in the fourth pile. This is how I like my magic – simple but bold. And I enjoyed Bannon’s reflections on ‘badinage’ (what you’re going to say to frame the effect).

Big Fat Bluff Aces – you may have already seen this on the Bullet Party DVD (or the book of the same title, or even in High Caliber – which, by the way, I am still trying to get hold of if anyone wants to put me out of my misery!). It is a surprising take on the classic 4 ace assembly. The first three aces disappear from their packets, but then the fourth packet turns into a packet of 4 kings. Then instantly all the aces return to the top of their packets. A nice twist with a degree of Chutzpah required! 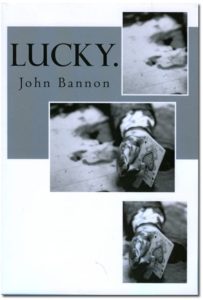 Plot Twist – this is essentially Vernon’s classic Twisting the Aces with a typically whimsical Bannon wrapping and a few little subtleties and what I would almost call an extra phase on the end. You’ve probably already got a version of this trick but you might get some new ideas.

Triplicity – Bannon seems to have been more interested in mentalism in recent years and this is a devastating (to the layman) triple demonstration. First you read the spectator’s mind naming their card only thought of. Then you accurately divine its position in the deck. And then at the end you show that the whole thing was predicted in advance. It uses some incredibly devious (yet wonderfully simple) principles which you have probably come across before. But the whole thing is wrapped up into a very strong routine. Definitely a keeper. (in spite of the paragraph which gets repeated on page 80-1!) (This also appeared on the excellent Move Zero Vol 4)

Blues Alley Jokers – this is a quirky little sandwich effect based on a Jack Carpenter idea. Two Jacks are reversed in the deck near the top and the bottom and a selection is made from somewhere in between. The performer cuts to one of the Jacks and then as he apparently tries to cut to the other one using only one hand, we suddenly discover that the chosen card has appeared between the two Jacks in the performer’s other hand. This plays better than I’ve described it, but does require some slightly more advanced handling than the rest of the material in this book.

A Fred by any other name – this is a twist on the classic Fred (or Phil) trick where you use an ordinary ungaffed deck – and instead carry with you a card with all the ‘names’ of the playing cards on it. I like the way this sort of turns the original concept on its head and retains the ‘gag’ value of the original, but uses an ordinary deck. Typical Bannon cunning. You could argue that the effect is slightly less ‘clean’ for this – but magic always involves some kind of compromise (unless you can actually do real magic!) and this seems like quite a sensible one.

It’s Bannon so I came to Lucky predisposed to like it. But it’s not just the magic, I love his down to earth and stimulating (provocative) style. Like his spoken style, he writes laconically, but every word is worth reading.

I think Lucky contains something for everyone, so would encourage you to head down to BBM’s special Bannon Sale section to get yourself the book or a bundle deal before they all go! (And watch this space for a review of the delightfully titled Djinn and Tonic very soon)

Thanks to BBM who kindly supplied the review copy.