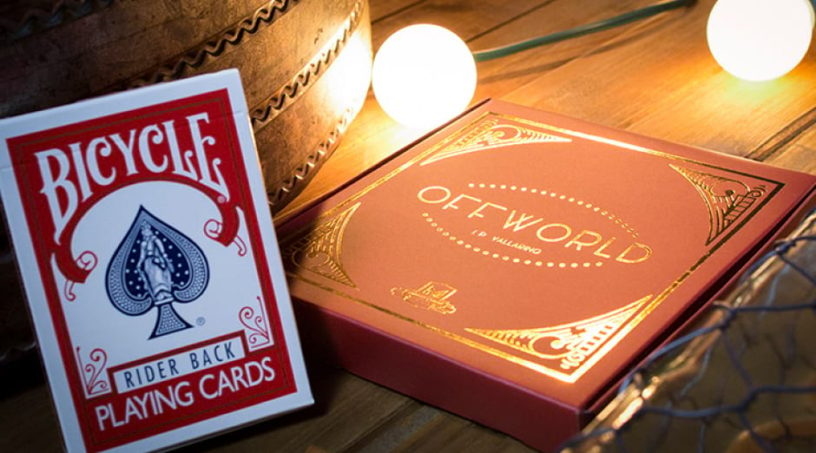 Offworld created quite a stir when it was released so we were excited to have a look at it for this review. JP Vallarino, the inventor, has taken the concept of Out of This World and turned it on its head. In doing so he has brought a number of benefits which make this an even more astounding effect.

In a nutshell, a spectator can accurately predict whether the next card will be red or black as they are dealt from a face up deck! This can be packaged in a number of different ways, and the detailed online tutorial (which runs to 55 minutes) describes three different frames or hooks. 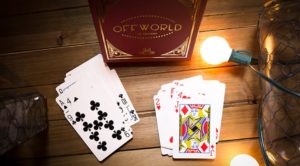 The first is framed around recall and intuition. In the first phase the spectator correctly ‘recalls’ the colours of a series of cards. And in the second they are able to correctly name the number of red cards in a packet that have been set aside at the beginning of the effect.

In the second effect, influence is the frame. The performer asks the spectator to make a series of choices before the cards are dealt. They turn out to correctly identify the sequence of cards to which the spectator has cut. And in a final kicker the next card is predicted on the back of the sheet of paper.

Greg Wilson admits he only came up with the third variation minutes earlier and it shows. It is a kind of ‘mini triumph’ effect where a mixed up set of cards rights itself. Not all ideas are good ideas and I feel like this puts too much emphasis on the card, and loses one of the great strengths of the other routines – that the spectator is the hero.

The first two are both strong effects. Where Offworld arguably has an edge over the classic Out of this world, is that there is no need to go through the whole deck (so it is potentially crisper and more engaging than a poor performance of OOTW) and it could be done entirely in the hands if needed. Somehow the immediacy of seeing each card as it is called also adds to the dynamism of the routine. 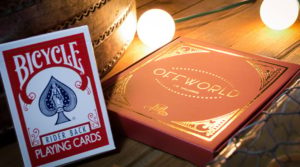 You receive a special deck, the detailed online tutorial, explained in Greg Wilson’s typically entertaining style. The online video also includes a live performance which is always a bonus.

If I was being really picky, I would complain that the deck didn’t include a Joker. Greg makes much of the use of the Joker in the handling – but it isn’t included. This is a pretty tiny thing since if you’re anything like me you will have hundreds of the little fellas in your drawer – but it wouldn’t have been difficult to include one.

This is not a new principle – I’ve seen it before – but it is applied in (to my knowledge) a quite different way. And the end result is a very effective trick which is not at all difficult to perform. You will have to practise a little to get the handling perfect, but it is not far off self-working since the deck does most of the work for you.

It is possible that the deck might wear out if you used it a great deal. But it would be possible to revive it yourself (!) or to buy a replacement. I wouldn’t recommend using the deck for any other effects, but it comes on standard Bicycle cards, so could easily be brought in to play.

There’s a lot to like about Offowrld, and I could see this bringing OOTW into a more everyday context.

Offworld is available from MagicShop.co.uk for £37.99 (at the time of writing).

JP VallarinoOffworldOOTWout of this world