Jamy Ian Swiss – A Masterclass in the Cups and Balls – review 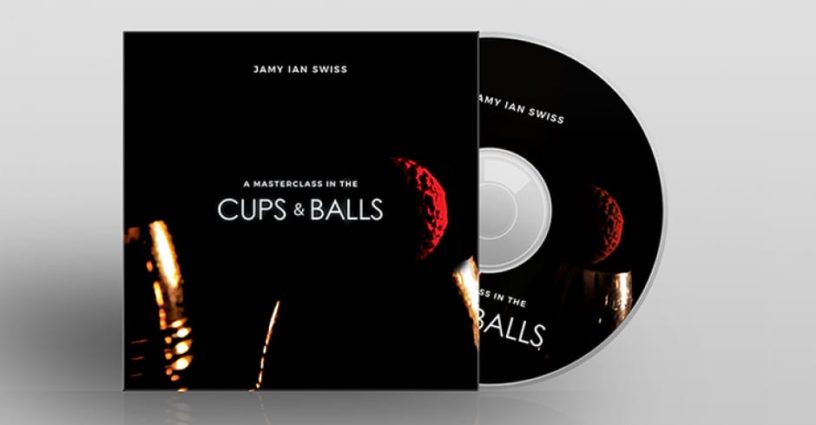 This very reasonably priced one hour long DVD teaches Jamy’s Cups and Balls routine in full. It starts with a live performance – which is always massively helpful in getting the feel for a routine. It’s a long routine (around 12 minutes), which takes its time to get going since there is a 7 minute “introduction”1. More about that later. 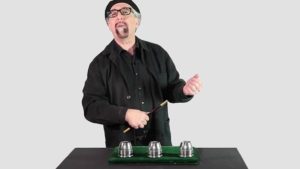 The rest of the DVD is taken up with the explanation. This is very clearly shot in a studio setting (though you do sometimes hear the camera operator laughing!). As you would expect from such a scholar of the magic art, everything is well attributed. And chasing up some of those references would be very profitable.

The teaching covers the structure, the development and the theory of the routine in much more detail than the actual moves. Many are standard cups and balls routines – and references are given if you don’t know them. There is a little bit more work on some of the vanished and on the wand spin, but this is not primarily about teaching technique.

It is based, as so often, on Dai Vernon’s classic routine. There’s a reason The Professor’s is a classic! But it has evolved a fair bit and incorporated ideas from a range of other performers. It concludes with quite an elaborate set of final loads. You’ll have to make a gimmick if you want to do it exactly as he does it with a bonus liquid load at the very end.

The opening sequence is made up of a long and verbose prologue which allows a very comprehensive display of all the properties. In a fascinating article
– which reads like extended ‘sleeve notes’ for the release – he characterizes the style as:

a somewhat ironic approach, that collected some actual facts but presented them in a manner that was simultaneously light-hearted while also somewhat subversive

Perhaps this is a cultural thing, but rather than ironic, I found the patter somewhat pretentious. But this suits his performing style! And he explicitly denies permission to use it. Which again, is what you would expect, for someone who has written so clearly against plagiarism and ‘covering’ other people’s material.

But when you overlook the style, which would not be mine, I really liked his ideas for getting into position with the initial loading of the balls. There’s some great thinking here. 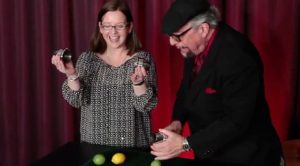 The routine itself flows well and is brilliantly structured. A spectator is invited to join in which is very effective and Swiss argues is absolutely essential to the effect.

Interestingly, at the very end of the whole teaching, his key recommendation is actually to learn the Vernon routine and then make it your own. In other words (as is fairly clear from the article referred to above) I think he sees the whole exercise as more as a reference work on your own journey of exploration than a destination in itself.

For that reason, it is not a work to learn the cups and balls from – it is called a masterclass for a reason. It will definitely repay study, but it is not the place to start.

If you’re on a pilgrimage like me towards developing your own routine then you should definitely invest and reflect (and read the article referenced above!) If you’re just starting out, don’t start here!

But at only £13.50 I would say this is essential viewing for anyone who wants to perform this classic of magic.

You can pick up A Masterclass in Cups and Balls from the Merchant of Magic or any Murphy’s Magic supplier.

1Jamy entered into some private correspondence with me to correct my ‘error’ in initially describing the routine as 18 minutes long. He is firmly of the conviction that the routine itself should be distinguished from the ‘introduction’ or ‘prologue’. Whilst I understand this perspective from the point of view of the magician/performer (and have updated the review to reflect his wishes), I am still of the opinion that to a layperson watching they would not distinguish those two things – since some magic already takes place in the ‘introduction’. So from their perspective the ‘routine’ would actually be 18 or 19 minutes long. However, for the purposes of this review, not a great deal hangs on it…