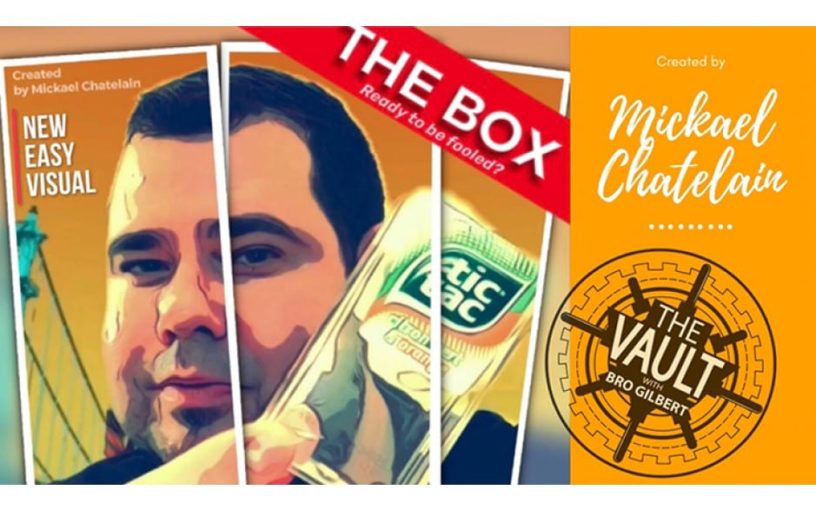 When is someone going to come up with a whole close up magic act using Tic Tacs? We’ve been amazed to see quite how much magic seems to have been released recently utilising the humble Tic Tac and its box with Arnel Renegado particularly active in this field. Here are a few examples we found:

Today we’re going to review and contrast Minthru by Arnel Renegado and The Box by Mickael Chatelain – both of which have the same effect – a Tic Tac penetrates the box.

Although the effect is the same the methods are completely different. So, I would venture, are the explanations. Both releases come as a digital download – The Box runs to around 12 minutes whilst Minthru manages a performance and an explanation in less than 2 minutes! Yes, you read that correctly! Less than two minutes.

The 16 second trailer is worth watching and gives you a fair view of the effect.

It is very visual, everything is examinable at the end. In fact the only drawback is that it isn’t exactly instant re-set. (Though you could arrange things so that you could repeat it I suppose – but I think it is more of a one off or even a showreel effect).

The Box (not an imaginative title!) is slightly different. The penetration takes place under momentary cover (you wave your hand over it) – but again everything can be examined – more or less. In fact, the box itself is gimmicked, but it could be pretty fairly handled by the spectator without fear. Again, the trailer is accurate.

SInce this is a download, you will obviously need to make your own gimmick.  But this is just about the easiest of these kinds of things I have seen. It will take you less time than watching the Minthru video!

I really like The Box. In the past I have not always been a great fan of Chatelain’s gimmicked card magic – but this is really good. The gimmick is very simple yet effective and hidden in plain site. It could be instantly repeated and still be just as fooling.

Minthru is not terrible, but I think you can tell which I prefer. And at less than three times the price but 8 times the teaching, The Box somehow feels like better value too!