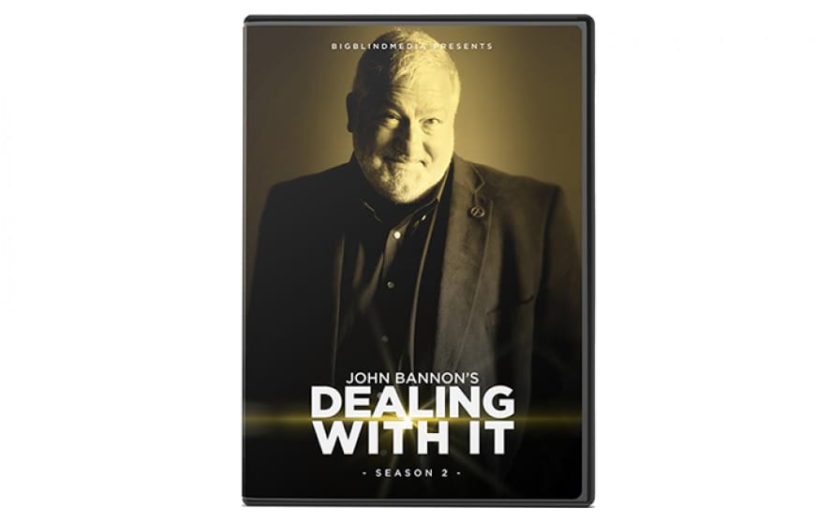 It’s almost a year since we looked at Dealing with it Season 1 (where did that year go?) – and it was with some trepidation I unwrapped Season 2 since from memory the first volume was not quite up to his usual standard. Was Season 2 a hit or a flop? Read on in our review…

Let’s start with the tricks…

Chicago Fire – this is a cousin of Chicago Opener which largely does away with the need for extra cards. Two spectators choose cards in a pretty fair looking way (during which the spectator also shuffles the cards). When the first card is named it is seen to have a message on the back of it. When the second spectator looks for their card it has vanished. And it is found to have swapped places with the first selection and now has a message on its back. This is a sneaky routine relying on a brilliantly bold move which gets you miles ahead. Well worth a look.

La Gioconda – don’t even ask why this is called what it is! It’s a sort of sandwich trick where the two jokers find a chosen card instantly. Bannon credits Roy Walton’s Smiling Mule routine – but the final reveal reminds me of an effect I used to do years ago from a Karl Fulves book. Bannon’s version has an extra moment of magic – as one of the Jokers instantly jumps from the top to the bottom of the deck. As so often there are some nice subtleties here – and it doesn’t require too much hard wok.

On the border – this is a refinement of an Alex Elmsley effect (The Mexican Prediction) which is both baffling (to a layperson) and very easy to perform. In effect, the deck is shuffled, then the spectator cuts off some of the cards, shuffles and stops whenever they like. In spite of the fairness of the selection, the two cards you have set aside earlier predict the suit and value of their freely chosen card. This is a cracking little effect where the strength of the effect more than makes up for the small amount of set up which is necessary. I really like the subtlety of this. Once you’ve set up, reset is not too complicated, but will take a moment. Really neat.

Prophet Motive III – after an incredibly fair-looking sequence of shuffling and dealing the spectator still somehow manages to find the mate of the card you set aside at the beginning. This is classic Bannon where the ingenious procedure (which doesn’t feel too procedural) does all the work for you. A great impromptu effect.

Rockstars – to a quirky patter story the 4 aces are buried in the deck and yet instantly reappear in your hand. This is based on a Jack Carpenter effect and is slightly more technically demanding than some of the routines on the DVD. 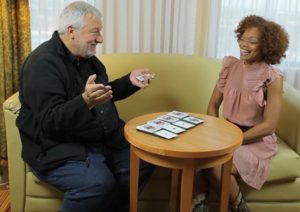 Three Part Harmony – this is a routine which builds nicely as first of all you locate for Kings, then the spectator manages to make them return to the deck, and finally the four aces show up. For me this is probably the weakest routine on the DVD, but I’m not sure I can pinpoint why. It just didn’t engage me – in spite of the over the top assistant in the performance video.

Flipside Assembly – this is hard to define – but it is sort of like a backwards Ace Assembly. It’s an interesting plot – and with the quirky patter idea quite fun to perform. You need to use a fairly common move – but the routine relies on it heavily so you may need to practise this. This pleased me more than I expected! The box blurb bills this as a bonus effect but like every item on the disk it appears on the main menu – so perhaps this is after the fact marketing since it only takes the total up to 7 effects.

The JB Double Lift – hard to explain the details of this one – but as its name suggests it is John’s own handling of a double lift. Doubles are very personal – so you’ll have to try this yourself and decide if you want to use it! It looks pretty fair.

I feel like Dealing with it Season 2 is a return to form – and I would say there is more usable stuff here than on Volume 1. As usual with BBM releases the shooting and production quality is high – explanations are at a good pace and crediting is good.

If you like John Bannon, I’m amazed you’ve actually read the review – just go and buy it. There are several routines on here I would use, and I’m going to steal (is it stealing if it’s been published?!) one of the presentational hooks too.

(Many thanks to BBM who supplied the review copy.)