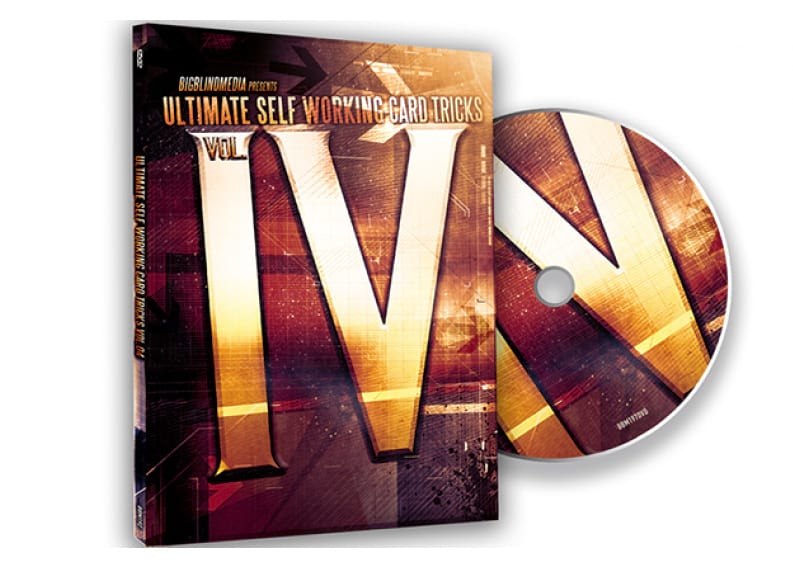 The Ultimate Self Working Card Tricks series is one of the jewels in the Big Blind Media crown. It’s some years (2014) since we looked at the last volume in this series – though there have been some side volumes (a bit like the Star Wars spin offs) focused on individual creators. But it was worth the wait. Let’s get straight into…

Karmatic by John Bannon
The DVD starts with a corker. This is the Mighty Bannon’s sort of take on the Trick That Cannot Be Explained. Which is to say that it relies on a certain amount of ‘jazzing’. But the premise and method mean that the jamming doesn’t require any sleight of hand – only a bit of on your feet thinking. In effect the spectator shuffles the deck and yet you have successfully predicted the outcome. I like this a lot – and it is dead easy – the only possible negative is that it does somewhat depend on the spectator being able to riffle shuffle.

Coincidence by Bill Simon
The spectator spookily finds two matching pairs without ever knowing how they did it. That bald description doesn’t really do justice to what is a very strong bit of magic from the ingenious Mr Simon. The bad news is there is some set up required. But it is worth it for a really fooling bit of magic that is very easy to do. I love the construction which makes the effect build to an apparently more impossible second phase.

Five Nine King by Martin Gardner
In this clever mathematically based trick, in spite of a high degree of freedom of choices, the spectator manages to find 4 of a kind. It relies on a clever set up and is pretty fooling. For me it is a little on the procedural side, but nonetheless a clever effect.

Company of Three by Roy Walton
This is a Roy Walton classic – where you can locate two different spectators’ cards by spelling and counting. As taught it requires one very simple bit of sleight of hand – but a truly sleight free handling is also taught. I like this. A very simple set up does all the work for you. A lot of bang for your buck.

Sorta Swiped by Jack Tighe
This is a clever and easy take on the mystery card idea. The spectator chooses and signs a card – and through a slightly ‘sucker’ presentation your different-coloured-back ‘lucky card’ morphs into their selection. Two versions are taught – one of which includes the use of a man-servant! This is a strong routine – but you’ll need some extra cards beyond your normal deck to bring it about. But you leave your spectator with a nice souvenir they can keep. There’s a really nice force taught that I’ve not seen before which would have other uses – especially in an Anniversary Waltz type routine. 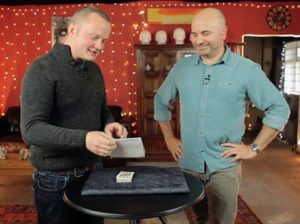 Miracle Aces by Stephen Tucker
Another take on the ‘spectator cuts the aces’ type routine. The spectator seems to have a fair degree of freedom and yet still all comes good. A small set up is required and then the procedure is very simple. A clever self-working solution.

Baker Street by Liam Montier
Baker Street is a two-phased mind-reading effect where you can reveal two cards chosen by two spectators. Again, a small set-up is required. I love the way the construction enables you to deduce both selections in an impossibly fair way. Great little worker.

Third Attribute by Michael Breggar
A really nice routine where a card from a borrowed shuffled deck is selected in a fair manner – then shuffled into a face up and face down deck. The spectator picks three random cards from the deck and then you ‘deduce’ their chosen card. The presentation provides beautiful distraction from the very simple method. I’d not heard of Michael Breggar but this makes me want to investigate his work some more.

Swindle Conincidence by Peter Kane
A fantastic combination of ideas which produce the effect of two spectators selecting the same card in the fairest possible way from two borrowed shuffled decks. Although I knew the principles involved this one flew past me first time. I love the sneaky procedure. Fantastic effect.

Card U Reka by UF Grant
A triple prediction effect with a pseudo-card-reading presentation. There’s some set up required to make up the decks for this effect. But you’ll then have a powerful effect without any hard work at all. Sneaky.

One of the many things I like about this series is that they don’t just teach some cracking new tricks, but they unearth and polish up some classics (hence here tricks by UF Grant and Peter Kane etc) which may have passed you by. I’m a firm believer that in our attention to all the new releases all the time we often overlook gems from the past.

The teaching is clear and everything you need to know is explained. If you can’t get at least a few routines from this that you will use then I don’t know what you’re doing! This volume reminds me particularly of the strength of even a small set up in terms of getting you so far ahead. Although these are self-working, it would be of real benefit to get your head around a false shuffle or two in order to add another layer of convincing to them.

It is a while since we looked at the last volume, but Ultimate Self-Working Card Tricks Volume 4 feels like it is the best in the series so far. Full of fantastic, workable material.

Many thanks to BBM for supplying the review copy.